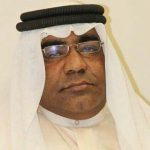 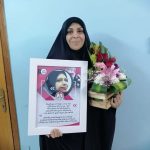 In appreciation to the steadfastness shown by the freed prisoner from Al-Khalifa prison, Hajer Mansour , the Women Committee  of the February 14 Coalition visited her on Friday, 13 March 2020. 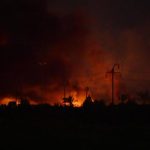 The February 14 Revolution Youth Coalition said that America reveals its ugly aggressive face against  Arab and Islamic countries that reject their illegal presence, by bombing the Iraqi army and headquarters of the popular mobilization forces, as well as Karbala International Airport “under construction” in retaliation for what it claimed “the killing of soldiers” by a missile attack that targeted the American occupation camp in Taji. 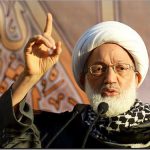 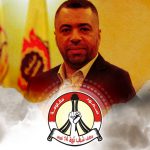 The director of the Political Bureau of the February 14 Revolution Youth Coalition in Beirut, Dr. Ibrahim Al-Aradi, said that the Corona virus revealed the real virus of the so-called deputies of Al-Khalifa regime , as they hate people and they are only concerned with their personal ambitions. 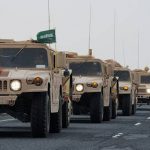 As part of the Twitter campaign entitled “Our country rejects the occupation” that started on Thursday, 12 March 2020, the February 14 Coalition stressed the need to reject the Saudi-Emirati military presence in Bahrain, and to resist it as an unfair occupation. 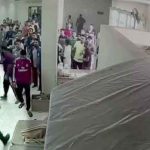 After Detainee Suspected of Having Coronavirus Died in Joe Prison, Worry about Another Infection

Jurists said that an atmosphere of terror and anxiety dominates the detainees in Joe Central Prison, after reports were received of a suspected case of the emerging coronavirus, “Covid 19”, for a prisoner of Pakistani nationality. 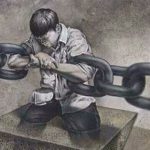 Statement Issued by Number of MPs Demanding Return of Stuck People Abroad be Postponed, Is Condemned

The statement issued by a number of MPs in the artificial Al-Khalifa Parliament, and the demands to postpone the return of the Bahrainis from the “endemic countries” while providing housing and aid to them and following their treatment in those countries, have received widespread condemnation and strong resentment. 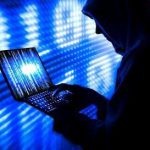 To Cover up its Catastrophic Failure in Tackling Coronavirus Crisis, Al-Khalifa Regime Accuses Iran of Waging Biological Warfare on Bahrain

In front of its catastrophic failure to deal with the crisis of “Corona virus” outbreak in Bahrain, Al-Khalifa regime resorted to a cheap trick: accusing the Islamic Republic of waging a biological war against Bahrain.

Two Bahraini citizens were sentenced to 3 years' imprisonment by Al-Khalifa courts for their participation in a demonstration in support of the Palestinian cause and arson in an angry reaction.

On May 30, 2019, the Attorney General's Office charged the two citizens with arson, assembly, disturbing public security and rioting, which they totally denied, as they claimed to be a demonstration in support of the Palestinian cause.