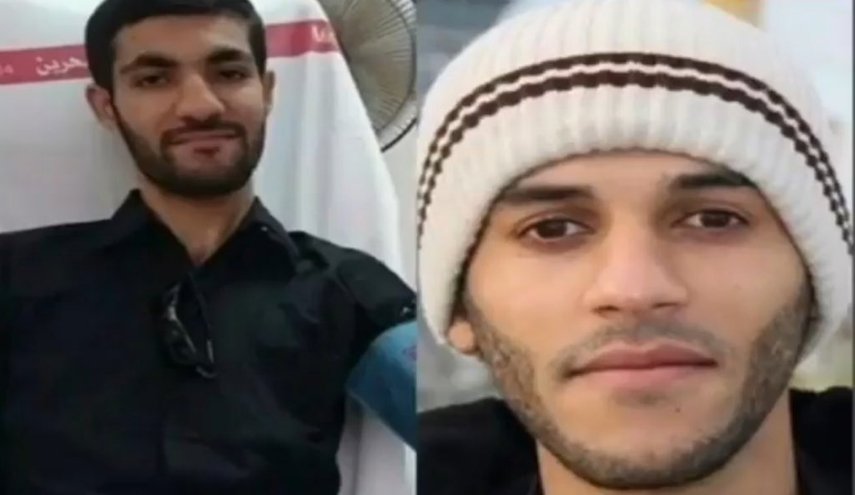 The Saudi Arabia’s Supreme Court has upheld a final death sentence against the two Bahraini detainees of conscience languishing in its prisons “Sadeq Thamer and Jaafar Sultan”, which put them in danger as this regime may anytime execute this unfair ruling.

The two detainees “Thamer and Sultan” come from Dar Kulaib were arrested in 8 May 2015 along the King Fahd Causeway on malicious charges of “smuggling explosive materials” when the Ministry of the Interior of the Saudi regime has seized their car according to its claims, they were subjected to enforced disappearance for 110 days while suffering from systematic and fatal torture with the aim of extracting false confessions from them and they were tried away from their families, outside their country under suspicious circumstances and the trial were severely discreet in clear violation of their human rights.

The two young men were mysteriously sentenced to death by the unfair Courts of the Saudi regime. The Saudi Court of Appeal had upheld the death sentence on Tuesday, January 11, 2022 after the adjourned of their session last December, and submitted it to the Saudi Supreme Court for its annulment or its ratification, which ratified it and ignored all the international and human rights claims.

Locally and regionally, the campaigners on social media have launched campaigns in solidarity with the two young Bahraini men “Sadeq Thamer and jaafar Sultan”, which the human rights organizations and campaigners calling for an end to the unjust ruling and their immediately release.

The February 14 Revolution Youth Coalition held the Saudi regime full responsibility for the men’s safety, calling on the United Nations Secretary-General “Mr. Antonio Guterres” to take on his duties and urgently intervene to stop this crime, also called on the international community to stand up against “Muhammad bin Salman” and his father and prevent the death sentence from being carried out before it gets too late, considering Khalifah regime as a partner in any criminal action against Bahraini citizens.