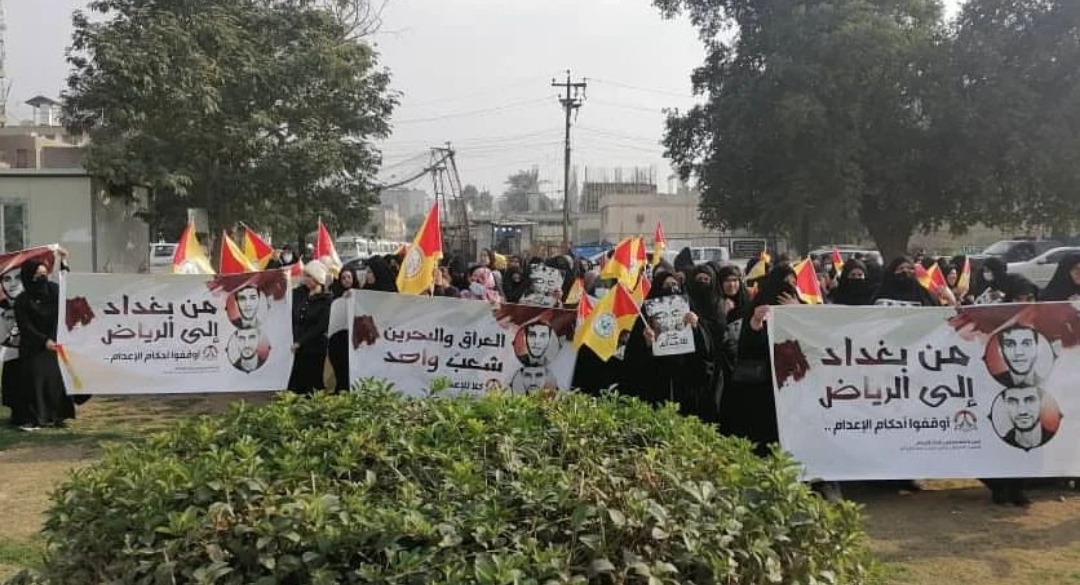 The February 14 Revolution Youth Coalition condemns the death sentences rendered by the Saudi Arabia regime against the two young Bahraini men “Jaafar Sultan” and “Sadiq Thamer” who were arrested in Saudi regime’s prisons, which read as follows:

A new execution crime is committed by the Saudi regime after the ratification of its illegal Courts of the death sentence against the two young Bahraini men “Jaafar Sultan” and “Sadiq Thamer” who were arrested in its prison based on their confessions extracted under torture.

“Thamer and Sultan” have been arrested by the Saudi regime for about 7 years ago arbitrary from the bridge connecting Bahrain and Saudi Arabia, they were placed in solitary confinement and they were not allowed to meet their parents as well as their private lawyer. Furthermore, the trial lacked the minimum standards of justice so they were deprived of their basic legal rights.

We, in the February 14 Revolution Youth Coalition held the Saudi regime full responsibility for the men’s safety, and we call on the United Nations Secretary-General “Mr. Antonio Guterres” to take on his duties and urgently intervene to stop this crime. We also call on the international community to stand up against “Muhammad bin Salman” and his father and prevent the death sentence from being carried out before it gets too late, as we consider Khalifah regime as a partner in any criminal action against Bahraini citizens.

The political Council of the February 14 Revolution Youth Coalition