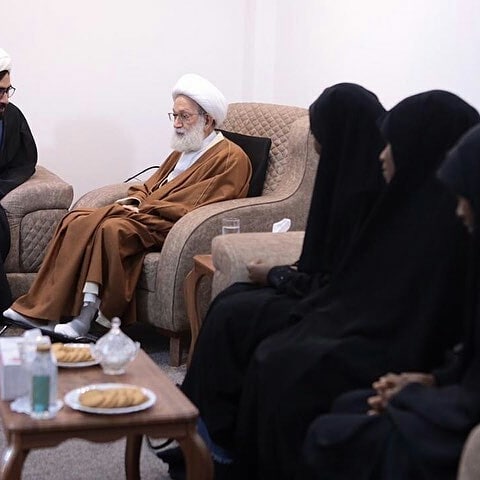 His Eminence praised Sheikh Zakzaky as saying: “Our hearts with him .. and his jihadist school learned us courage and sacrifice”.

The honorable Sheikh Ibrahim Zakzaky , the head of Islamic Movement in Nigeria, is one of the leaders that have been tortured and oppressed for their loyalty to Ahl al-Bayt “p”.

His Eminence, his family and supporters were subjected to killing, arrest and persecution.

His righteous and courageous positions on the Wahhabi- Zionist alliance, and his commitment to the Palestinian cause, were behind his assassination, as well as the massacre of Zaraya and its grave consequences.