The Coalition of February 14 has called for holding the anti-normalization activities with the Zionists and to refuse the participation of the Zionist delegation to the leadership conference in Bahrain, under the slogan “Stop the crime of normalization”. 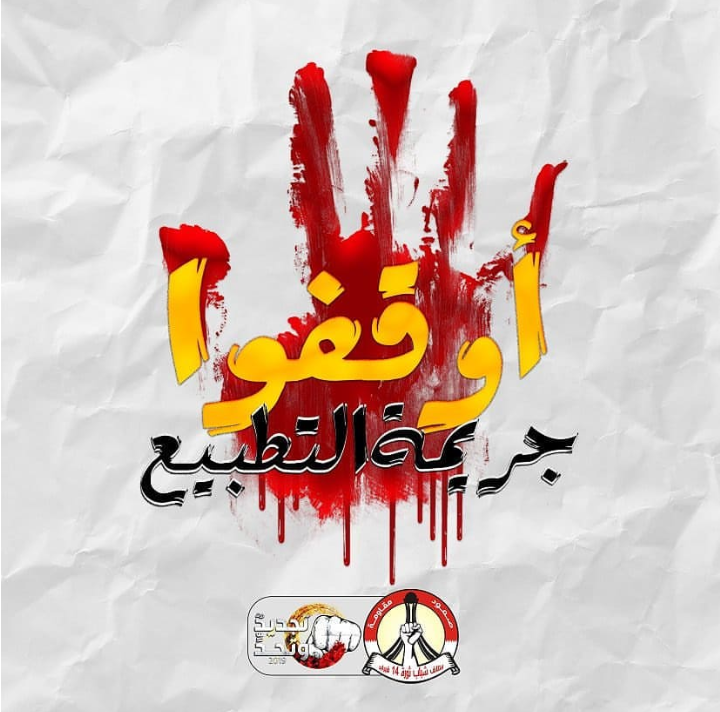