His Eminence Sheikh Al-Jadhafsi – in his 70s- was interrogated on Tuesday 3 March 2020 at Al-Hoora Police Station, without regard to his age or health condition. 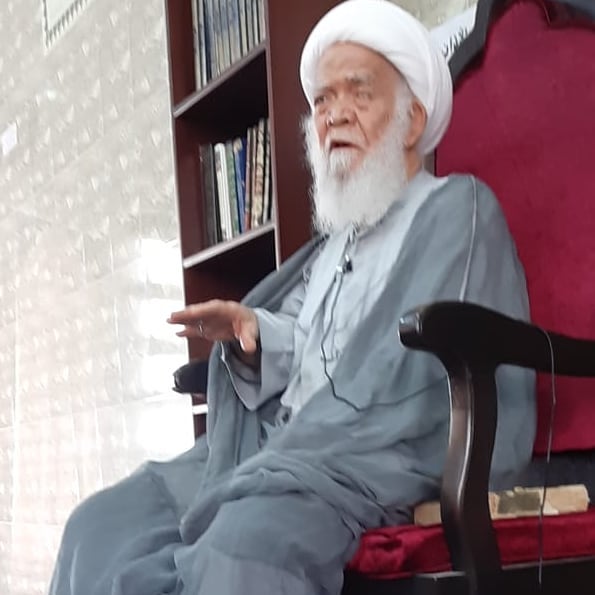 His Eminence Sheikh Al-Jadhafsi – in his 70s- was interrogated on Tuesday 3 March 2020 at Al-Hoora Police Station, without regard to his age or health condition.

In the details, Al-Khalifa regime summoned H.E. Al-Jadhafsi on Monday to investigate without mentioning the reasons, which is the third summons since the beginning of the year, and His Eminence has arrived on the date set for it, but the investigator made him wait about an hour before the investigation begins on the background of his prayers of Allah Almighty that “ Every expatriate will return home” .

The investigation lasted only about half an hour about the meaning of this phrase and its political dimensions and who is intended for it, and His Eminence replied that the meaning in it is not a specific person but rather is a comprehensive supplication for every expatriate, so the investigator responds, with a threating tone, to Sheikh Al-Jadhafsi: “Give up your supplication and don’t let us summon you- at  this age- every week “.

This summons, which reflects the extent to which the sectarian repression has reached by the regime, while it confirms on the other hand that it is tolerating with religions, which is only a prelude to its normalization with the Zionist entity.