The so-called ” National Foundation for Human Rights” seeks to connive  Al-Khalifa regime crimes continuously, through distorting the facts and spreading lies to launder its image. 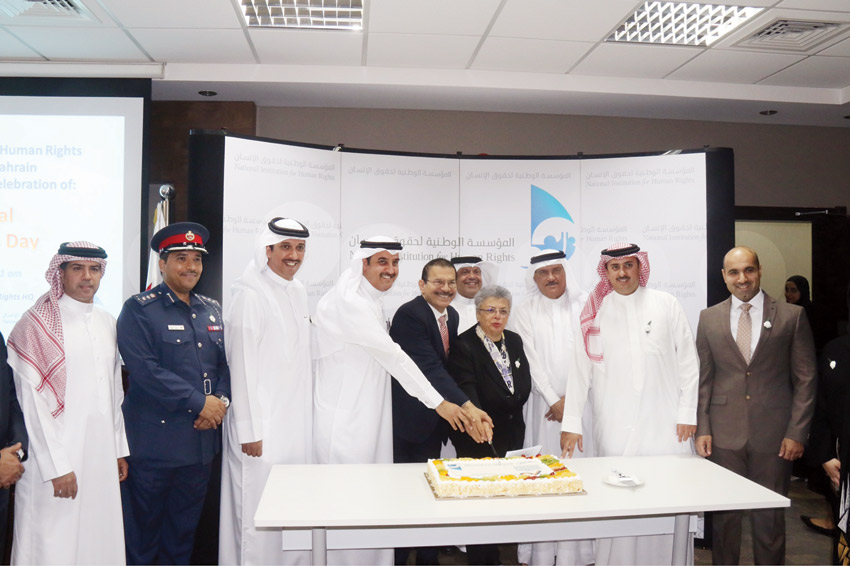 The so-called ” National Foundation for Human Rights” seeks to connive  Al-Khalifa regime crimes continuously, through distorting the facts and spreading lies to launder its image.

In this regard, it said that the ill-treatment complaints raised by the detainee of opinion, Hussein al-Sahlawi are only administrative procedures that have been taken as part of the disciplinary sanctions . It claimed that it worked closely with the concerned authorities, as it found out  that the prisoner was subjected to administrative procedures and disciplinary punishments  approved  by  the Reform and Rehabilitation Foundation Law and its attached  Regulations List, and that action was as a result of several repeated administrative offenses by the prisoner, according to its claim.

Meanwhile, Hussein’s mother  had called on the United Nations and international organizations to intervene and  put an end to the systematic persecution. She said that her son has been in solitary confinement for two years, where he was deprived of his right to see or contact his family, as the Administration of Joe Prison is harassing him continuously, and he always gets threats by the mercenaries and criminal prisoners.

It is worth mentioning that the detainee Hussein al- Sahlawi had spent seven years of his sentence in prison on political charges, and then he was accused of another case, which is known as the events of March of Joe prison, and sentenced to 10 years .