Visitors to the 40th of Imam Hussein “p” have headed toward the holy city of Karbala, that its sparks were drawn by Abu Abdullah Al Hussein “p”. 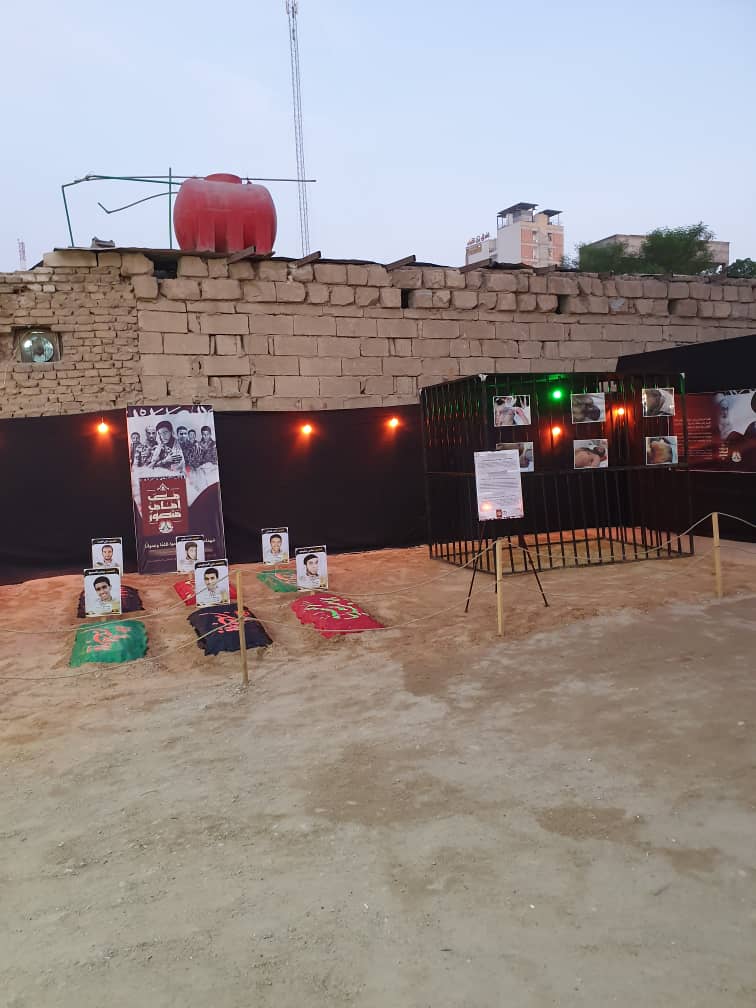 Visitors to the 40th of Imam Hussein “p” have headed toward the holy city of Karbala, that its sparks were drawn by Abu Abdullah Al Hussein “p”.

The symbols, leaders, the martyrs of Abu Al Ahrar, Imam Hussein, and revolutionary words filled the streets that end to the shrine.

The visitors stepped on the tyrant pictures Hamad before they take a rest throughout the road to Karbala. They saw pictures of the struggle that represented by Bahrain Revolution, Hijaz Intifada, Lebanon’s heroism, Yemen’s sacrifices, Iraq’s victories, Palestine’s stability and Nigeria’s steadfastness , in the exhibition of Bahrain’s Martyrs.

At the exhibition’s entrance, the visitors receive a hospitality and service before they enter through the media corner, which displays a varied educational output from TV montage, brochures  “Zad al-Thaerin”.

Inside the exhibition, there are sections for the resistance axis countries, the positions of its leaders and pictures of Sayed Ali Khamenei, Al-Faqih leader Ayatollah Sheikh Issa Qassem, the martyr leader Sheikh Nimr Al-Namer, Sayed Hassan Nasrallah, and Al-Houthi. There are also pictures of the crimes of the Saudi terrorist regime against the people of Yemen, and the massacres of the Israel in the occupied Palestine.

At the corner of Bahrain, where the story of eight years of continuous struggle, and prisons, where martyrs were killed under torture and injustice of Al-Khalifa regime, and the six death martyrs “Eissa Qambar, Sami Al-Mushaima, Abbas Al-Samei, Ali Al-Sankis, Ali Al-Arab and Ahmad Al-Malali” who were died by the bullets penetrated their bodies.

At Bahrain Martyrs Exhibition, the visitor realizes that the revolution of Imam Hussein in  Ashura is still alive, with every martyr in a confrontation  and with every leader who challenges the arrogance, armed with the will of those who believe in the inevitable victory, to complete the march of those who support Islam and Master of the Martyrs Imam Hussein “p”. 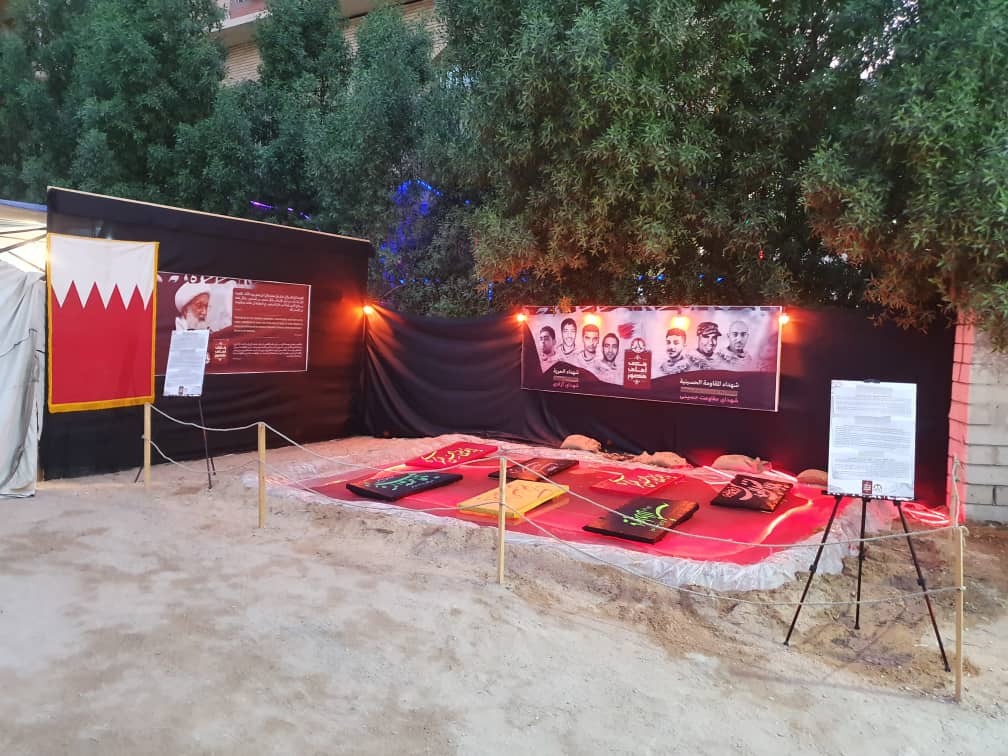 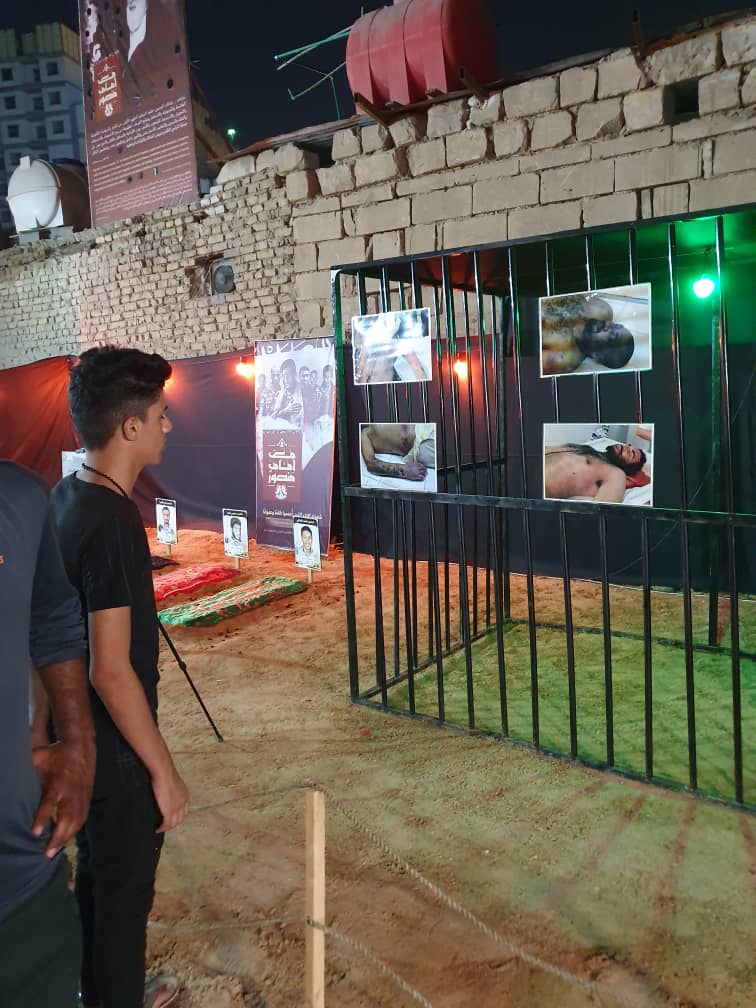 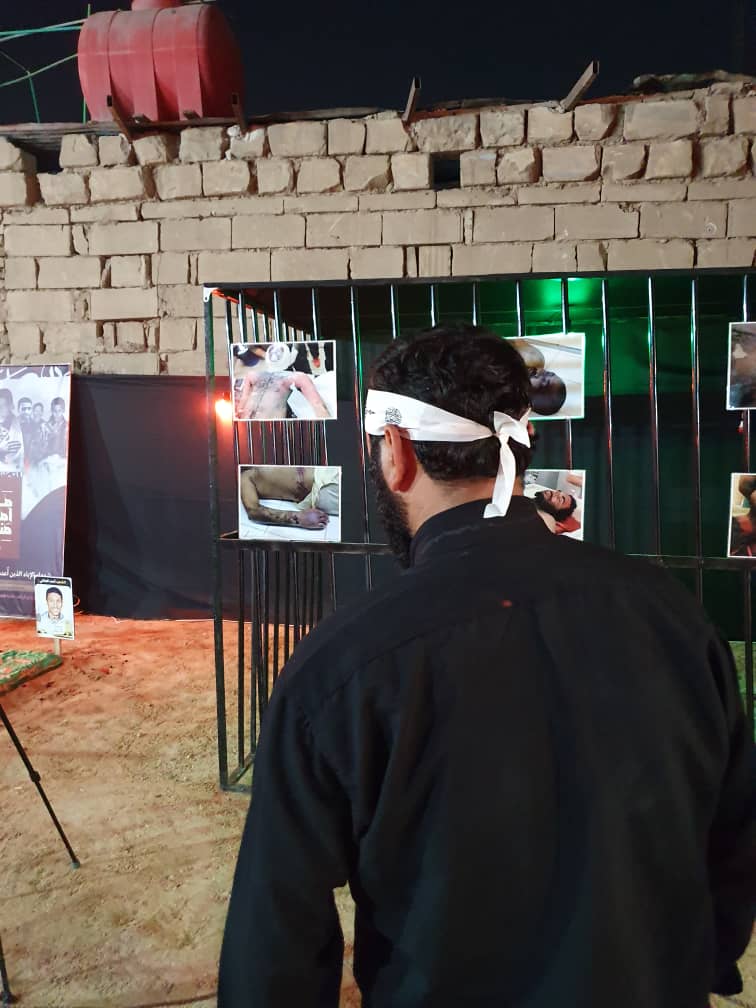 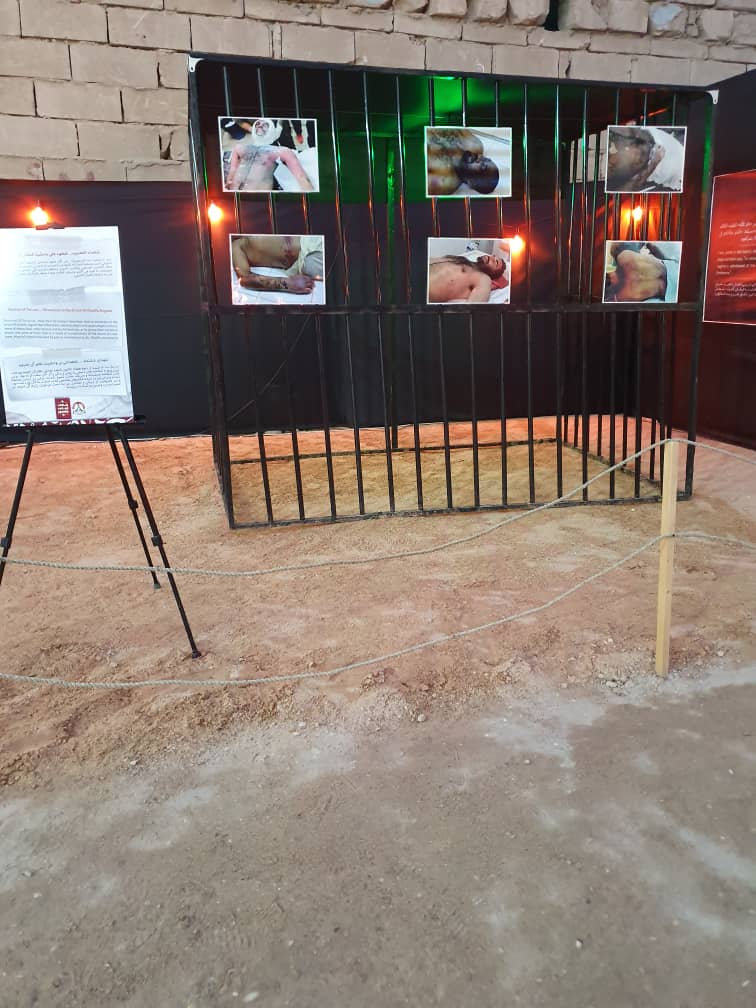