Rejecting the infamous Trump’s deal and on the eve of Manama conference, several areas in Bahrain have witnessed revolutionary and furious activities. 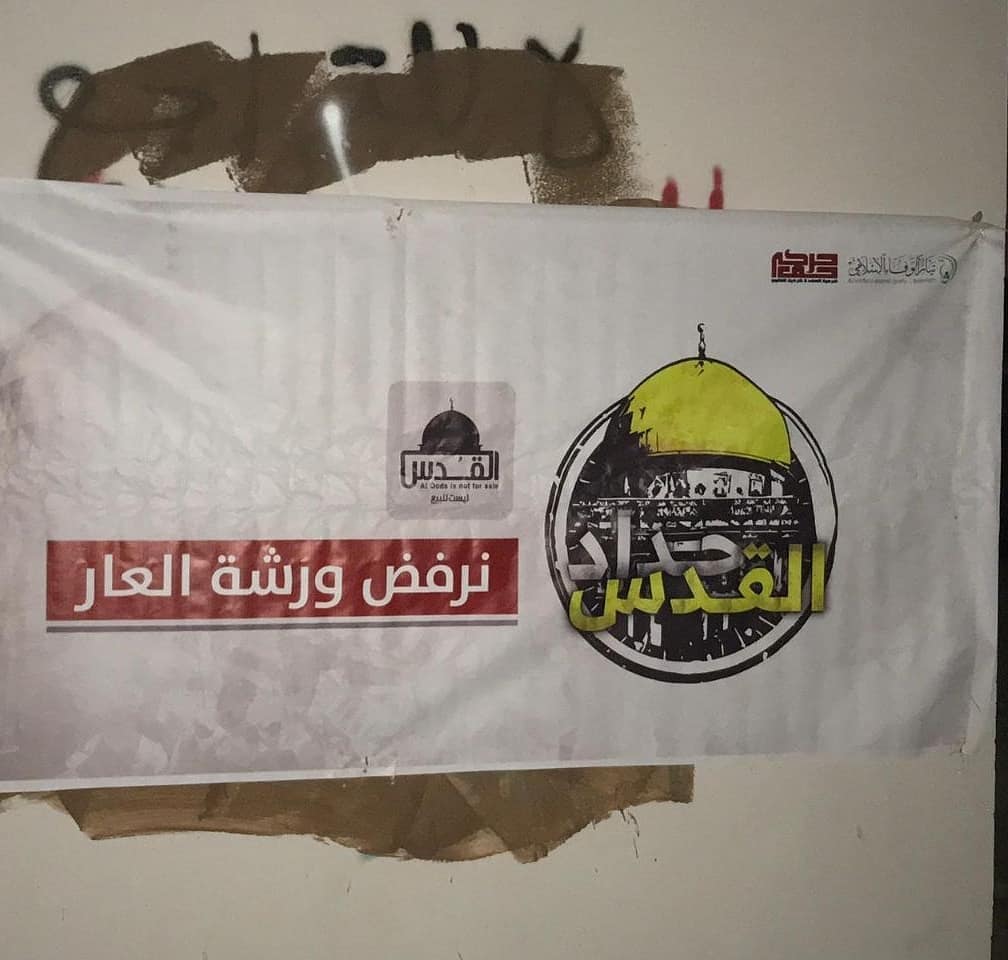 Rejecting the infamous Trump’s deal and on the eve of Manama conference, several areas in Bahrain have witnessed revolutionary and furious activities.

On Monday, June 24, and under the slogan “No for Trump’s deal”, the walls of the towns of Karana, Al-Sahla aljnobaiya , Mameer, Aker, Bure, and Sifala, were filled with banners, posters, slogans rejecting Manama Conference and the ominous deal, and condemning the crime of normalization with the Zionist criminals.

Under the slogan “Your arrogance is under feet”,the streets of the towns of Karana, Abu Saibaa and Shakhoura, were written by the names of criminal tyrants: Trump, Netanyahu, and the dictator Hamad bin Issa. The mercenary of al-Khalifa entity rushed to storm these towns to abolish these writing, after being crushed under feet and car wheels.

In the town of al-Maqisha, paper clippings were distributed on houses, mosques and cars. The images of the deal with Trump were burnt in Abu Saibaa and Shakhoura towns in a mobilization for the activities that reject the deal of the century and conference of betrayal. 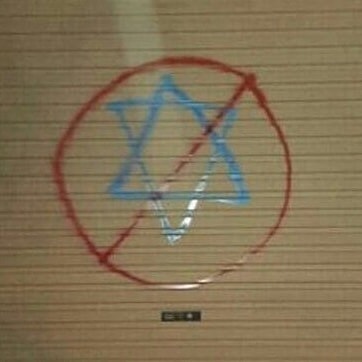 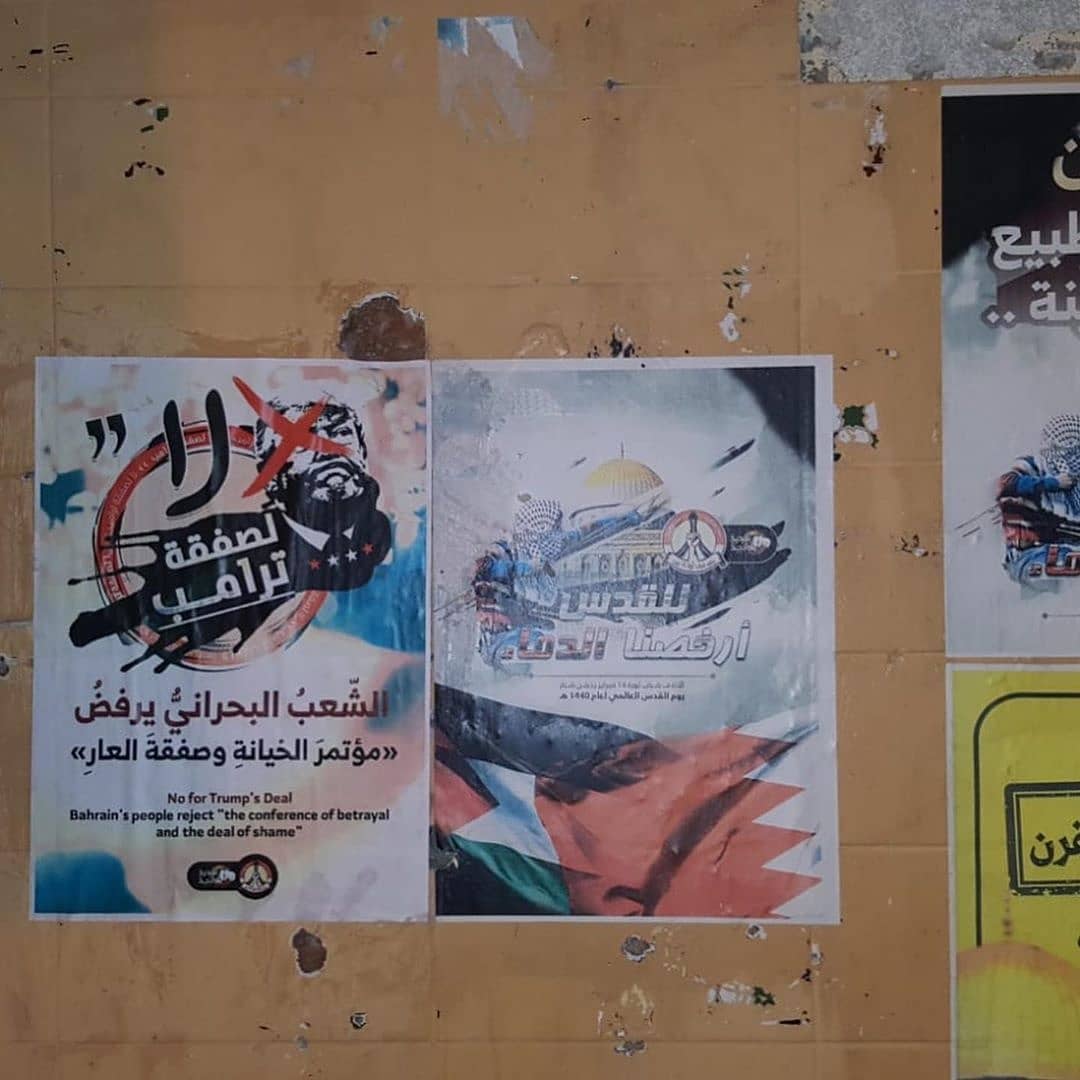 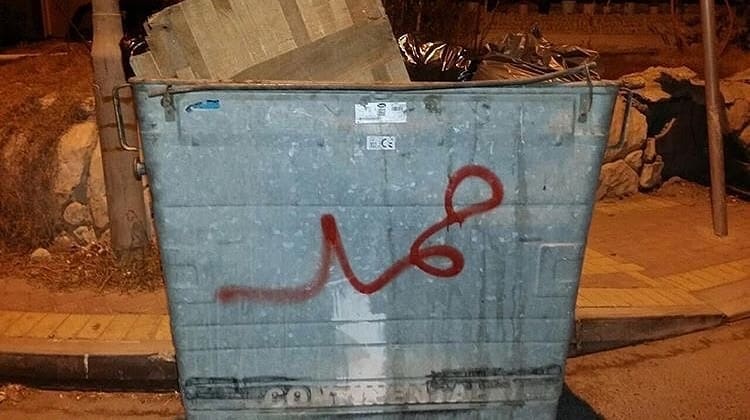 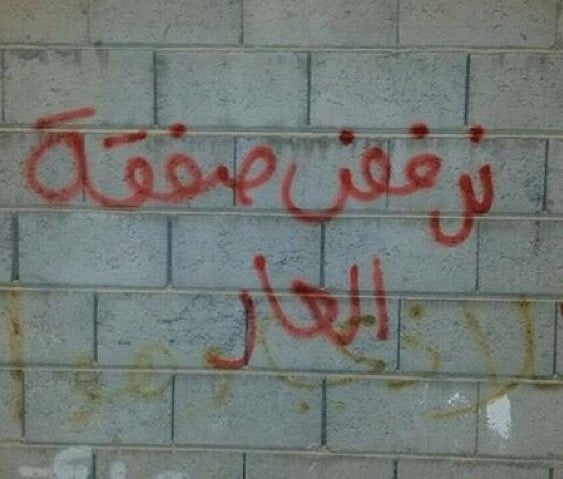 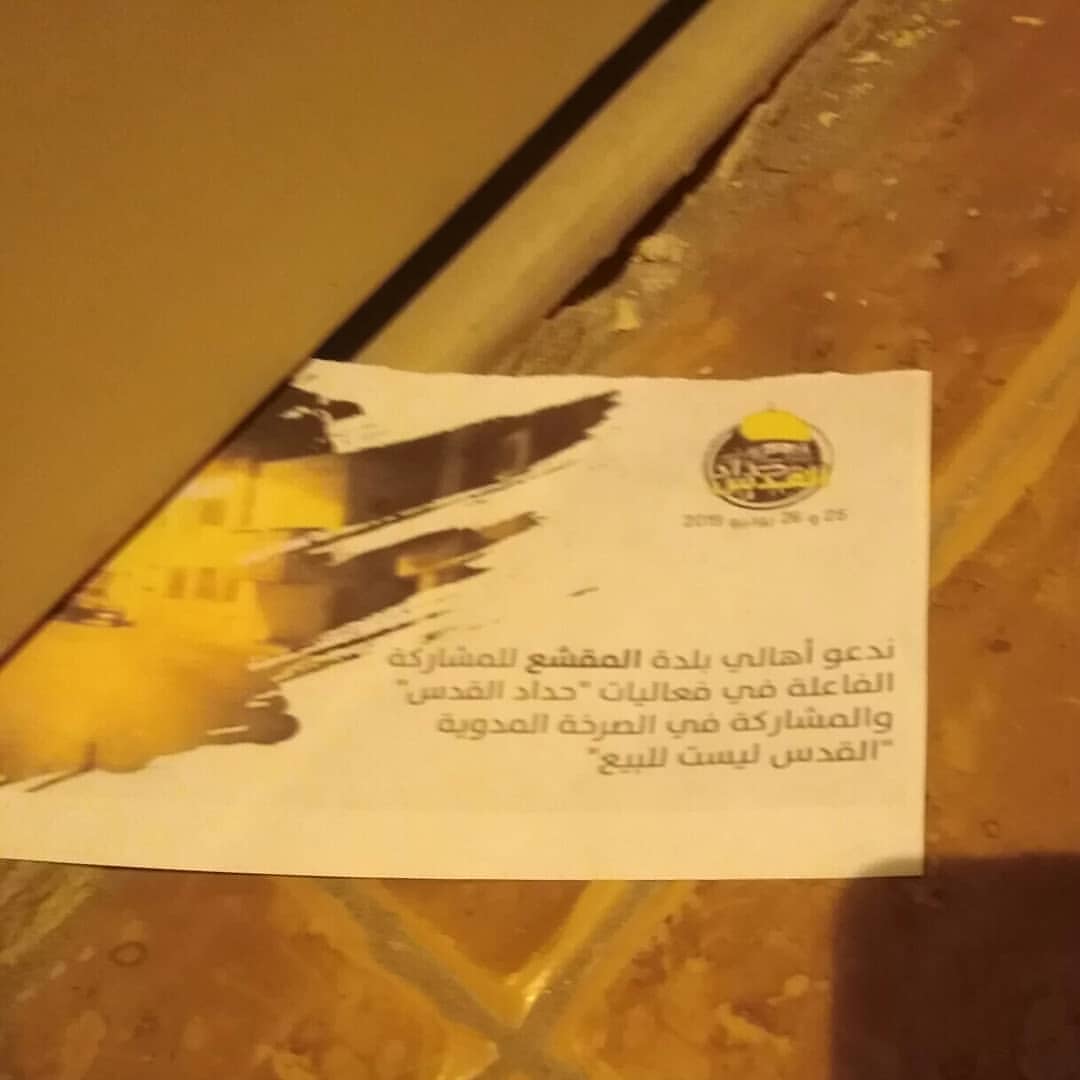 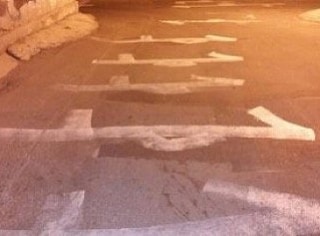 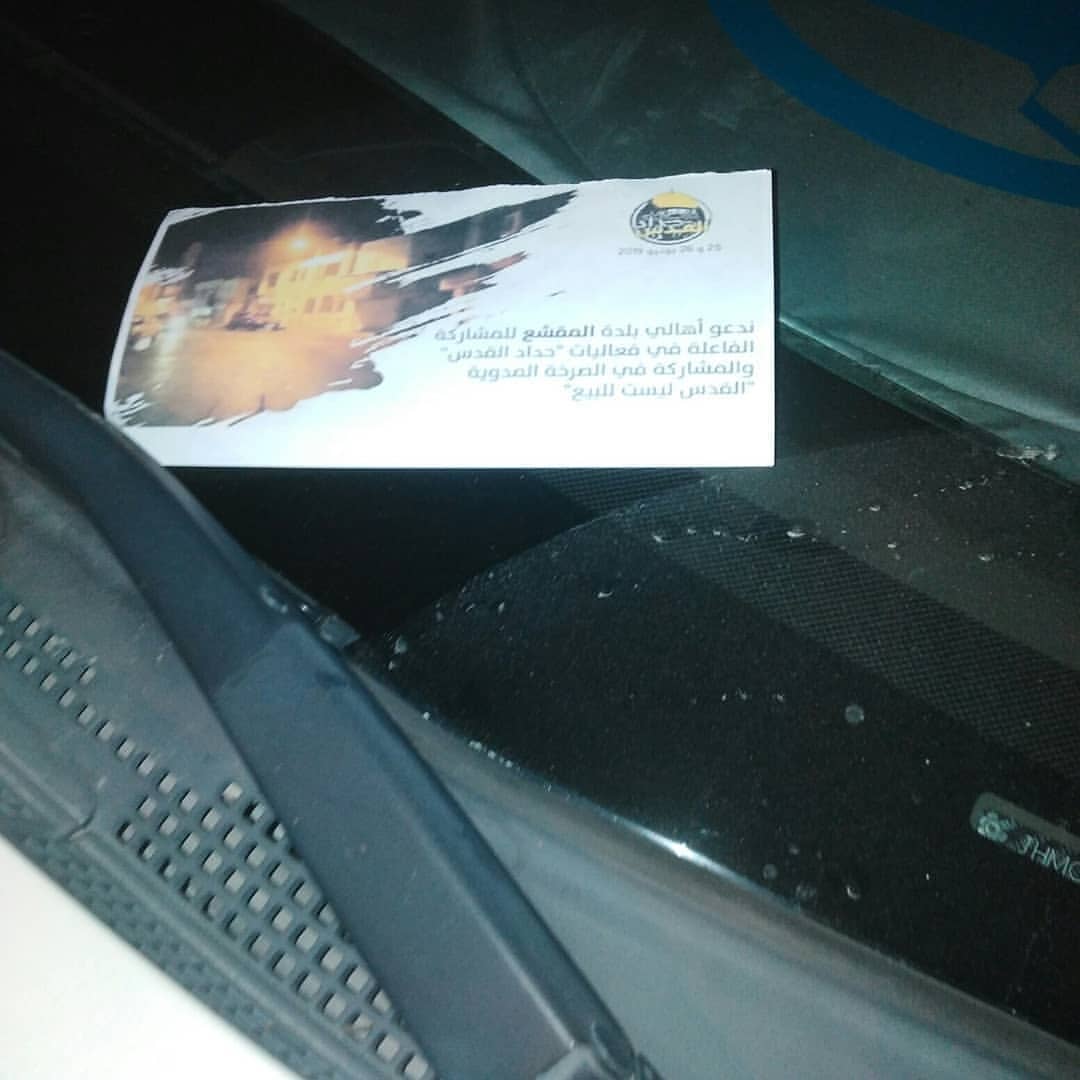 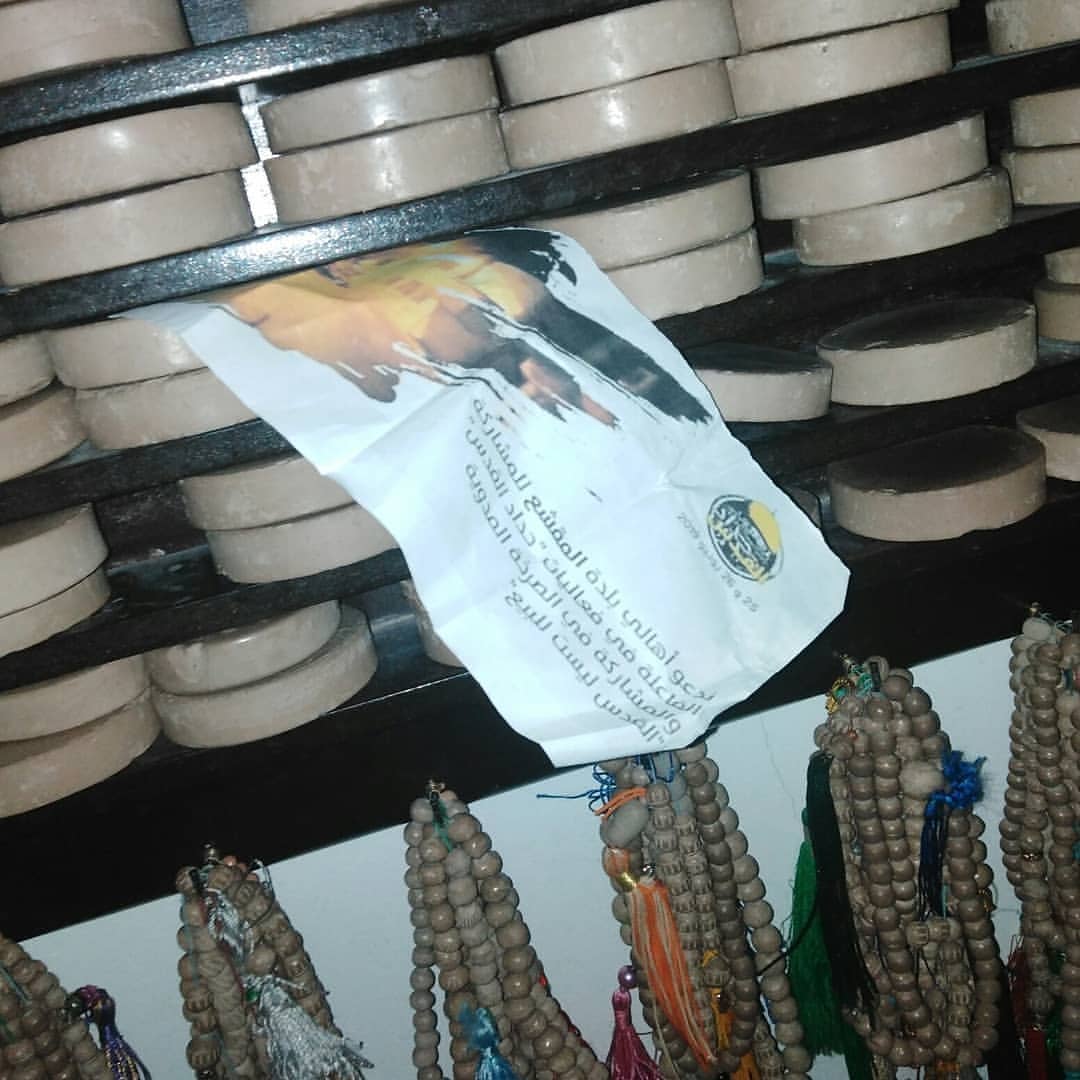 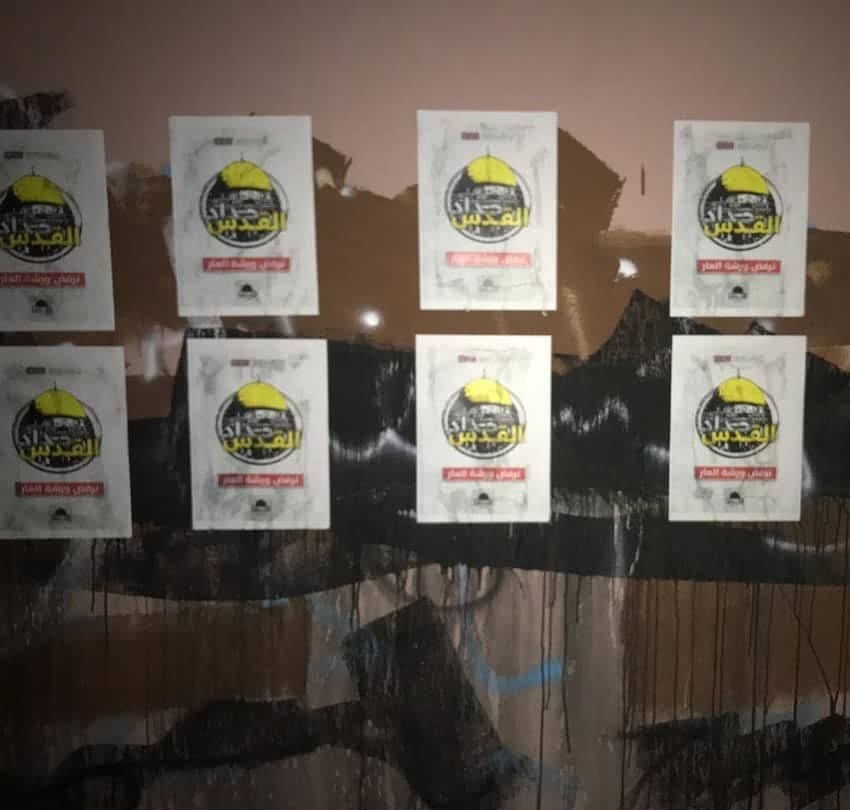 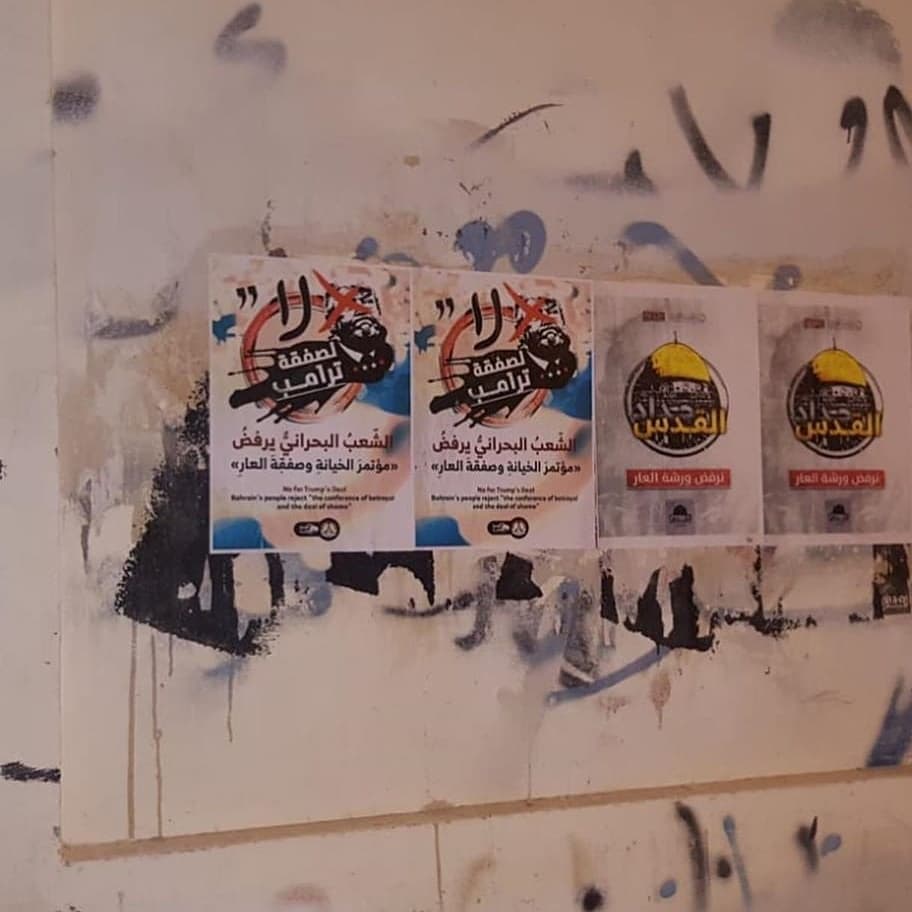 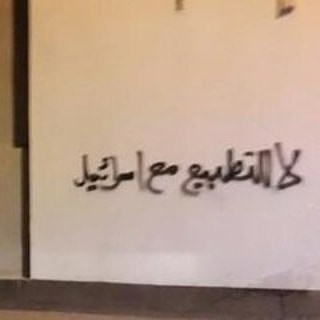