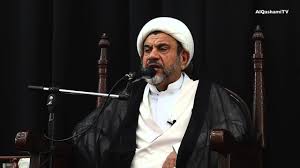 It is worth mentioning that Sheikh al-Qashmi was jailed for a year on vexatious charges. He was released on January 31, 2018, while his son, Abu al-Fadl, who was sentenced to 15 years in prison with the abolition of nationality, and his daughter, Amira, who was sentenced to five years in prison, are still in custody. He has been summoned since his release more than once.