On 14 May 2017, the Chairman of the Consultative Council of February 14Coalition sent a message on the occasion of the holy month of Ramadan, in which he stressed the need to strengthen the relationship between the believer and the Book of Allah, which is the source of Islamic legislation and the evidence that must guide the reality in all its details, facts and events. 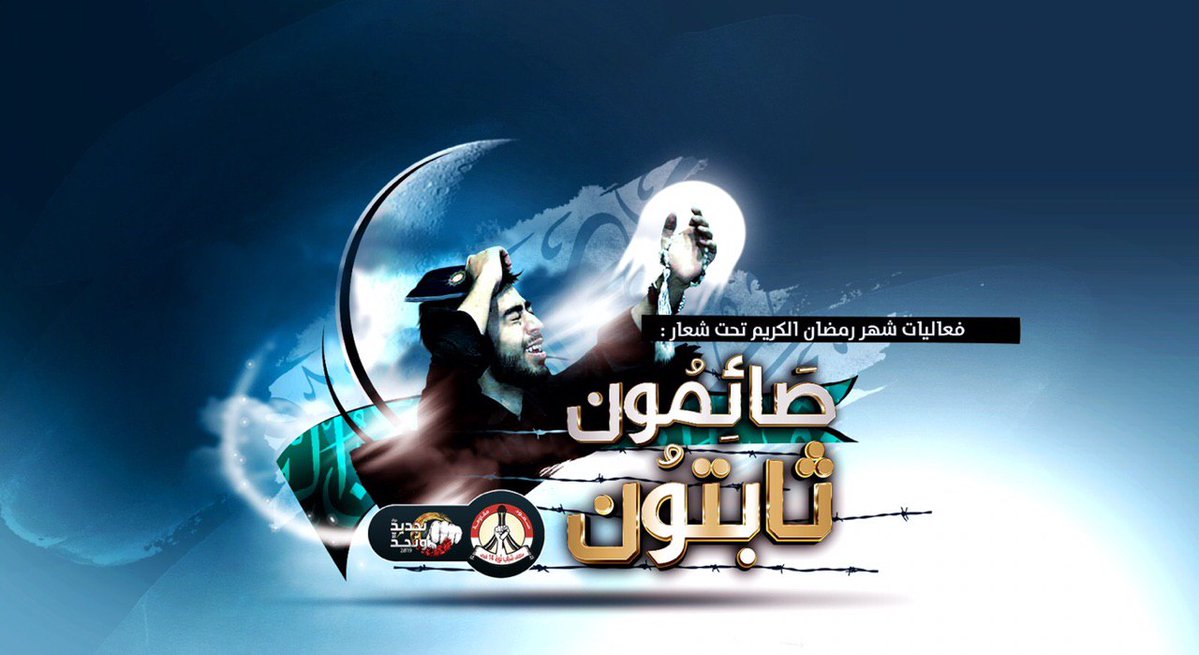 On 14 May 2017, the Chairman of the Consultative Council of February 14Coalition sent a message on the occasion of the holy month of Ramadan, in which he stressed the need to strengthen the relationship between thebeliever and the Book of Allah, which is the source of Islamic legislation and the evidence that must guide the reality in all its details, facts and events.

He stressed that the legitimate mandate necessitates continuing the revolutionary movement until the legitimate demands are achieved, even if it takes long time. When it comes to the legitimate assignment, the work must be linked to Allah Almighty. The people should not despair, fatigue or boredom, but rather have hope and faith.

The Chairman of Consultative Council stressed the need to be united in the face of the arrogant and oppressors, who constitute dictatorships without legitimacy that work for the Americans, and rush towards normalization with the hostile Zionist entity which occupying the land of Palestine. He demanded the need to move as fast as possible to confront the enemies of the nation in various fields through boycotting everything that supports the Israeli-American economy, and raising slogans against them and their policies.

He added that the facts revealed that the spawn of terrorism is made by American and Israeli intelligence, and the terrorist regime of al-Saud- the patron of terrorism, adding that al-Khalifa regime supports the falsehood, and has no consciousness, and does not know what is going on and what is happening in the arena.

He pointed out that the decisions of Trump, the subordination of the Saudi and allied regimes over the deal of the century, the recognition of al-Quds and Golan under Zionist sovereignty, the classification of the Revolutionary Guards of the Islamic Republic of Iran with terrorism, the imposition of sanctions on the countries importing Iran's oil, and other crazy and hostile decisions are uncovering their ugly face and an attempt to blur the facts. Indeed, it does not mislead people who have awareness, perception, and insight.

At the end of his message, he recommended the people of Bahrain not to retreat, armed with faith in their legitimate demands and rights, and to be satisfied only in a way that preserves their dignity by achieving the right of self-determination. They should also participate actively in the national day to expel the American base in Bahrain, and the revival of the International Day of al-Quds "Jerusalem" on the last Friday of Ramadan, as the revival of this day means that Palestine and the feelings of Jihad and rejection of Israel remain alive, a practical step to liberate the Palestinian territories and victory for the vulnerable peoples. It is the responsibility and the performance of the legitimate mandate.

He also praised the role of the Leader, His Eminence, Ayatollah Sheikh Issa Ahmed Qasim, who took upon himself the support of the oppressed and stood by the demands of his people through his sincere path.