In solidarity with the workers’ class on Labor Day, demonstrations and angry movements were swept over a number of Bahraini towns on Wednesday, May 1, 2019. 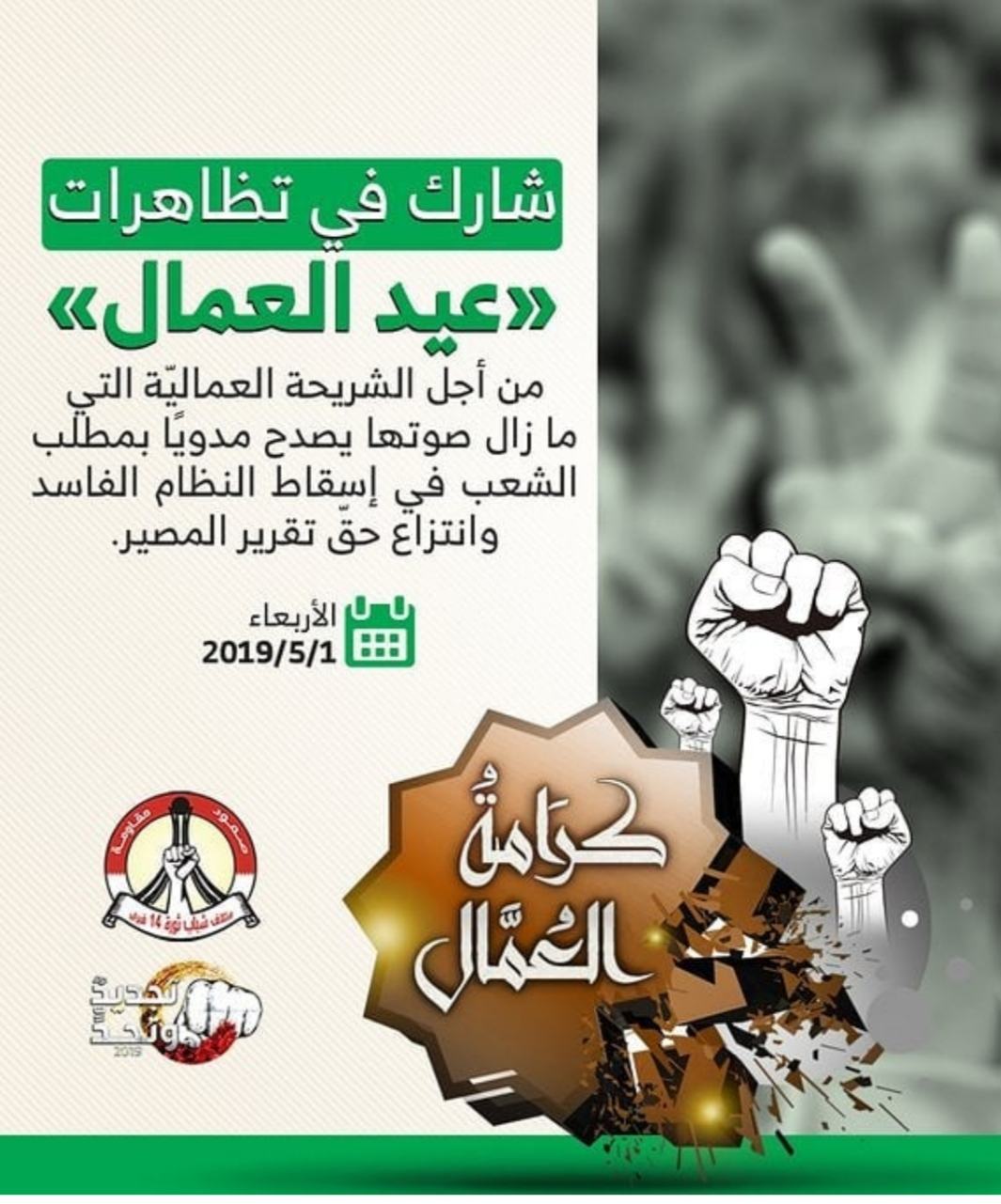 In solidarity with the workers' class on Labor Day, demonstrations and angry movements were swept over a number of Bahraini towns on Wednesday, May 1, 2019.

Under the banner of «dignity of workers», people of the town of Sanabis took part in a revolutionary demonstration in solidarity with the working class that reject the policies of humiliation followed by the terrorist al-Khalifa entity, where they raised the banners and slogans demanding the rights of workers.

Meanwhile, revolutionaries from the town of Wadian in the capital of the Revolution Sitra, and the town of the southern Sahla cut the main streets, stressing their absolute rejection of the continued ruling of al-Khalifa corruptive regime.

Revolutionaries in the towns of Abu Saibah and Shakhoura went to the streets and set fire of rage. Confrontations were took place with the gangs of mercenaries, who launched poisonous gasses on the residential neighborhoods, in continuation of the approach of terrorist abhorrent.

Al-Khalifa gangs were mobilized in the areas as the "Labor Day" demonstrations began, where they intensified their presence around the outskirts of the towns, setting up many checkpoints and patrols.

On April 30, 2019, the Coalition of February 14 launched the Labor Day slogan entitled "The dignity of the workers". It called for demonstrations of solidarity with the working class in its resistance to al- Khalifis, with the other segments of Bahraini people, especially those who dismissed from their jobs for political reasons and sectarian abhorrent.

It also launched a public media campaign, in which it called for the need to participate in the "Labor Day" demonstrations for this working class, whose voice continues to resonate with the people's demand to overthrow the corrupt regime and the right to self-determination, and in solidarity with the dismissed workers and their families . The coalition stressed on demanding all their looted rights in the shadow of an entity that occupied Bahrain's land and sea, foremost of which is their legitimate right to return to their jobs unconditionally.