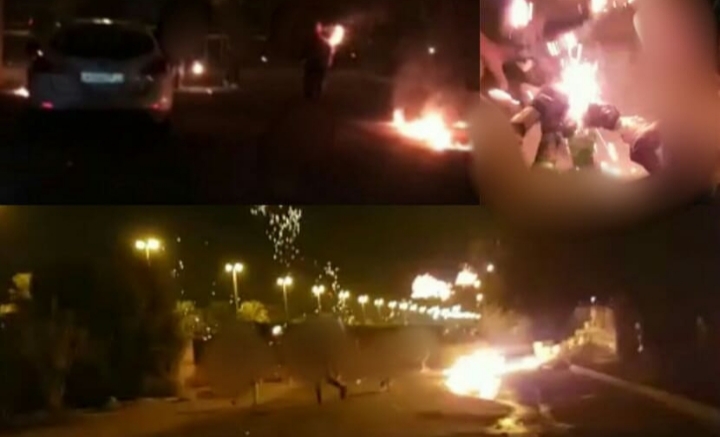 In Niwidrat, confrontations took place on the outskirts of "al-Shaheed Ali al-Mu'min Street", rejecting all the patchy projects of al-Khalifa enemy, and calling for toppling it.

In Aley town, the rebels launched a revolutionary attack on the vehicles stationed on the vital "February 14th Street", refusing to hold phony elections and adhering to the resistance against al-Khalifies and their masters. The revolutionaries attacked by the holy defense fire the gangs of al-Khalifa mercenary, stressing their rejection of the elections and the protection of the huge sacrifices made for the great goals.

The rebels of Karbabad had stoned the mercenaries of al-Khalifa on "February 14th Street", as an expression of popular rejection of the rule of al-Khalifa gang, and adhering to the objectives of the revolution and its basic demand.

In the town of Daiya, the walls adorned with the images of the jurist, leader Qassim, the symbols of the revolutionary leaders and slogans rejecting this sham elections.