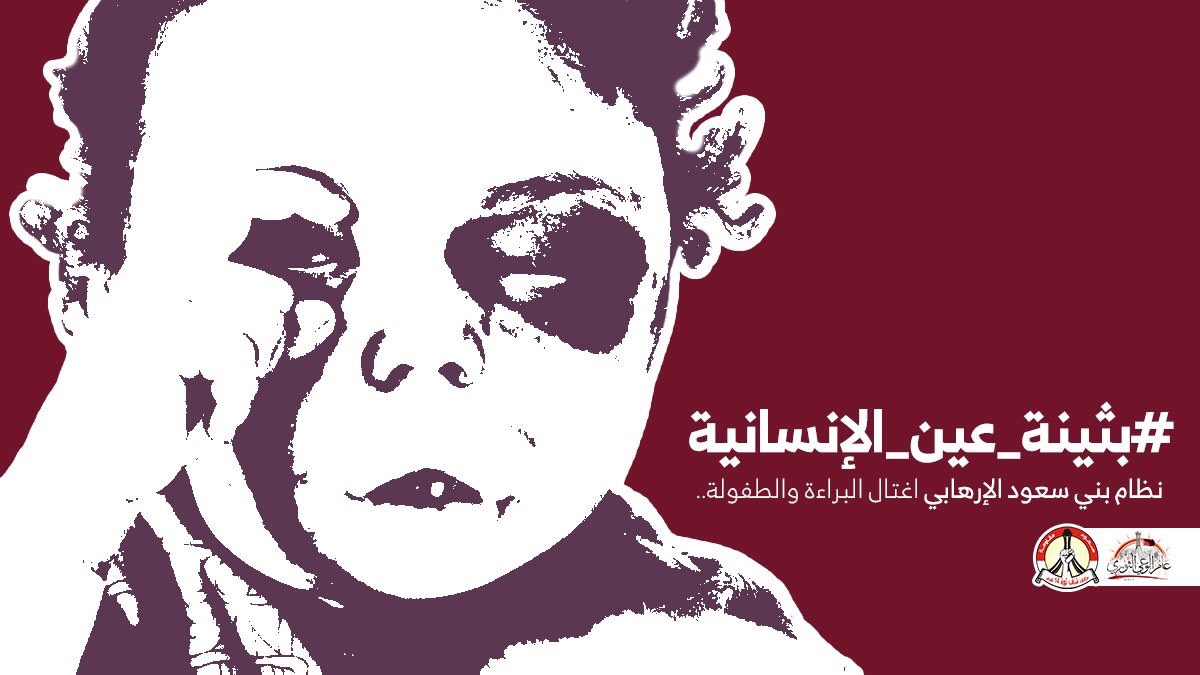 Buthaina's case, the Yemeni child who was the only survival among her family who have been killed by a Saudi air strike has provoked the public opinion all over the world.

The campaign has denounced the Saudi family regime which is continuing with its terrorist crimes against the innocents people, men, women and children.

Meanwhile, more than 200,000 Yemeni children have been infected with cholera out of 1,5 million persons who have infected with disease in Yemen as a result of the Saudi attacks.

In a statement issued on the social media networks, the 14th February coalition said that the Saudi regime has assassinated the childhood and innocence thereby committing thousands of genocides in Yemen.

Most of these victims are civilians, women and children, the coalition added.

الوسوم : bahrain, Buthaina is the eye of humanity, Yemen