The campaign of economy without Hamid is still revealing the bankruptcy of the Bahraini economy. 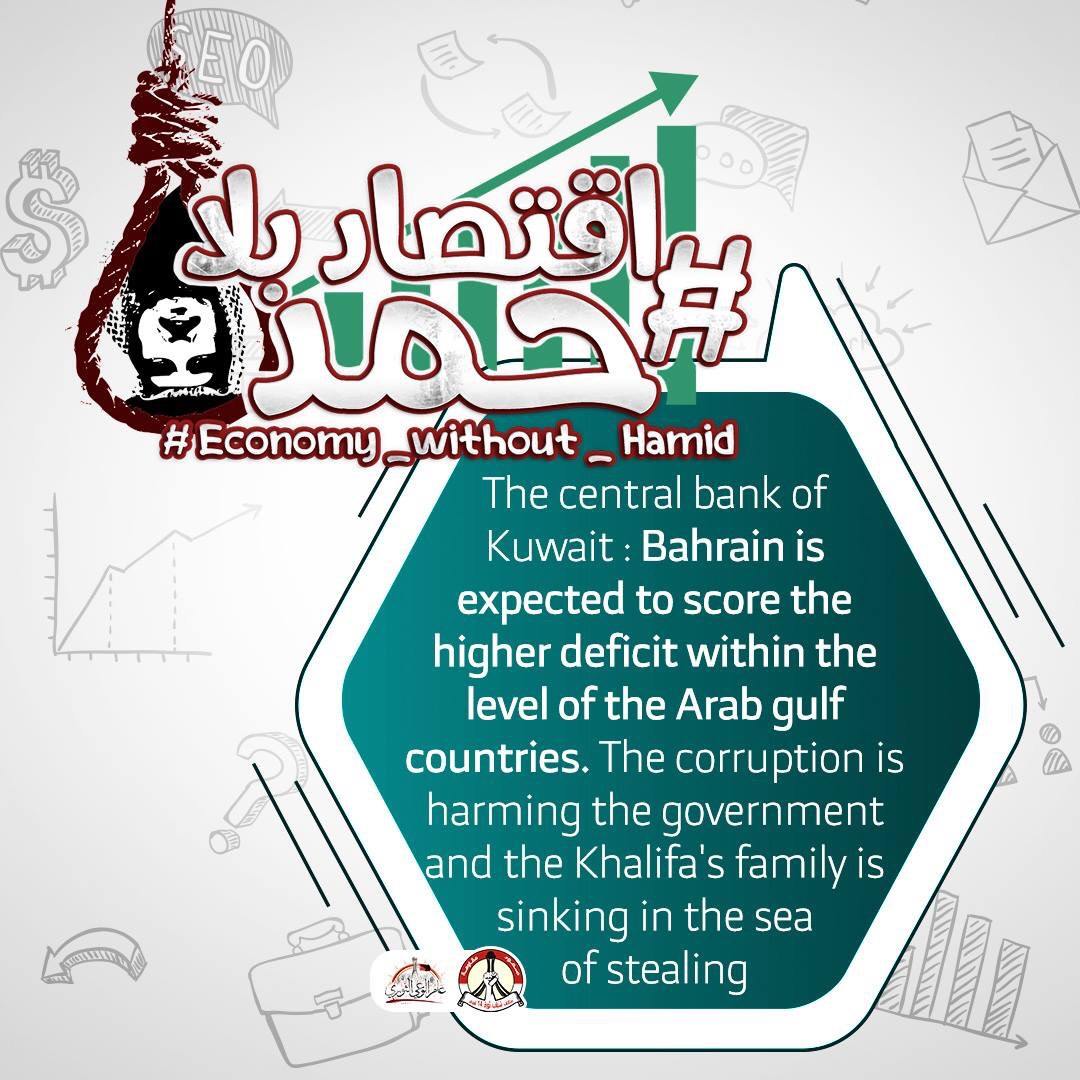 The campaign of economy without Hamid is still revealing the bankruptcy of the Bahraini economy.

This economic crisis is caused by the fruitless economic policies of the Khalifa's regime.

The economic expert Abraheem Shareef has pointed out that Bahrain is passing through a real bankruptcy and its debts have reached over 21 billion dinar.

Meanwhile, the Standard and poor's agency has reduced the standing of Althuraa cooperation which deals with the Khalifa's government investment to B/BB- due to the Khalifa's economic flounce.

The International Monetary Fund had unveiled that the amount of the Khalifa's debts has reached 82% of the local products. It also stressed that these huge amounts of money are going to lead the country to the edge of destruction.

At the same time, the Khalifa's son Naser has promised to raise the budget of Bahraini cycling team (Merida) within the next 3 years to reach over 30 million dollar.

All of these expenses are considered as entertainment for the Khalifas' sons and they put more prudence on the Bahraini people.