The Coalition of Youths of February 14 revolution rejected riding roughshod over the «master of resistance» Sayyed Hassan Nasrallah by pigmies of Al Khalifa regime. 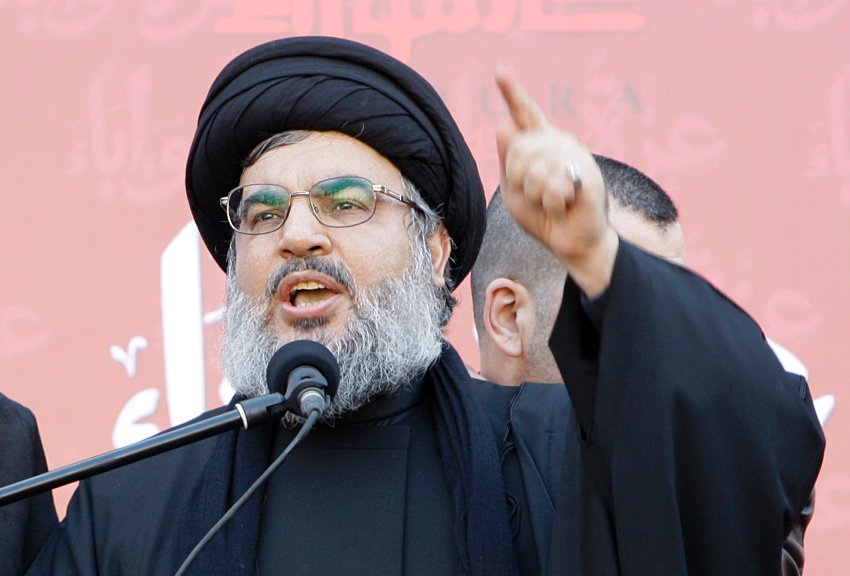 The Coalition of Youths of February 14 revolution rejected riding roughshod over the «master of resistance» Sayyed Hassan Nasrallah by pigmies of Al Khalifa regime.

The coalition, in a statement issued on Sunday «January 18, 2015» expressed his appreciation and gratitude to His Eminence Hezbollah Secretary General about his brave and honourable attitudes towards therevolution ofpeople of Bahrain and their plaint , since these attitudesshown by his eminenceemerged from the legitimate and moral position of affording responsibility for matters concerning Muslims wherever they are, supporting and defending their legitimate rights.

According to the statement: hiseminence, with his wisdom and expertise identified the plaint of people of Bahrain, and described the miserable fact they experienceproficiently, especially when exposing the arrogance of Al Khalifa entity and their policy in practising Zionization in Bahrain by replacing itsoriginalpeoples by mercenaries and foreigners, as well as exposing the role ofSaudioccupation in preventing Bahrainis from achieving their aspirations and selecting of their new regime on the basis of the legal and humanitarian principles which state the right of peoples to self-determination.

In it statement the Coalition appreciated the speeches of the leader of resistance Sayed Hassan Nasrallah, his advocacy ofBahrainrevolution and defending its plaint, declaring hiscategorical refusalto theriding roughshod over his eminenceby pigmies of Al Khalifa regime, as well as the Coalitiondenouncedstrongly those statements of hatred and malice issued by the so-called «Council of the Gulf» and «Arab League» which are financed by funds of Saudi petrodollars and implement the policy of fragmenting peoples of the Arab world and transmit discord between them.

Coalition explained that these entities are whom had plotted on the people of Palestine, and forsaken their cause, therefore, it is not surprising they conspire on the peoples of the region and fight against their aspirations towards independence and sovereignty, in particular conspiracy against the people of Bahrain.

The coalition confirmedin its statement that people of Bahrain determined to continue their glorious revolution that approaching the end of its fourth year and approaching more and more towards the achievement of its goals through the right of self-determination, and the selection of the new regime in view of results of the referendum, which was conducted in November of last year. مصدر : The Coalition of Youths of February 14 revolution rejected riding roughshod over the «master of resistance» Sayyed Hassan Nasrallah by pigmies of Al Khalifa regime.