The Friday prayer preacher, His Eminence sheikh ‘’Mohammad Sanqour’’, saw that the justifications given by the al-Khalifi regime for the poor living and deteriorating conditions in Bahrain are as provocative to the citizens. 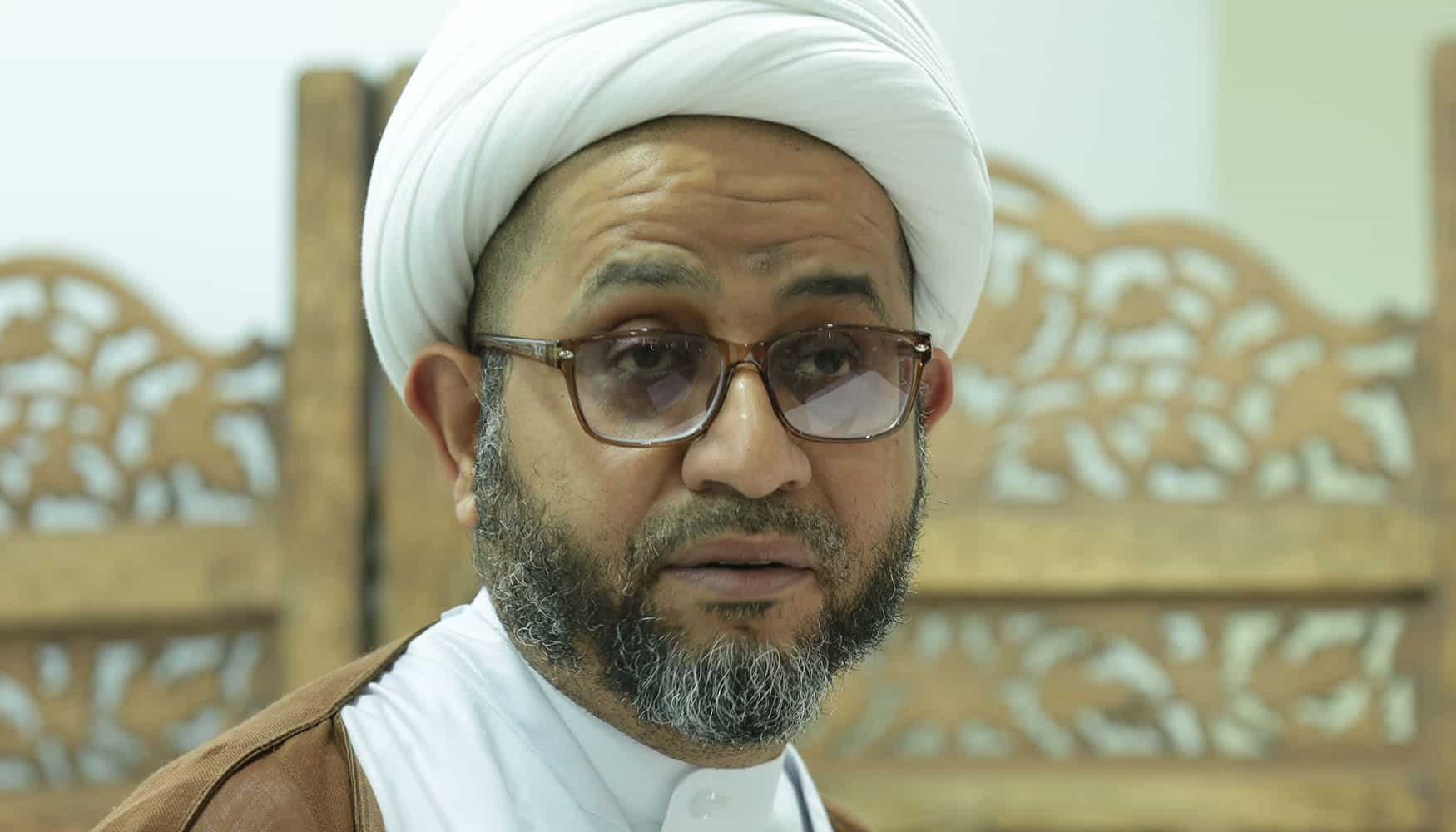 The Friday prayer preacher, His Eminence sheikh ‘’Mohammad Sanqour’’, saw that the justifications given by the al-Khalifi regime for the poor living and deteriorating conditions in Bahrain are as provocative to the citizens

His Eminence said in the central Friday prayer sermon at the ‘’Imam Al-Sadiq Mosque (peace be upon Him)’’ in the town of Diraz on Friday, 20 January 2023, that the talk about the living conditions, which reached a level of badness that imposes on those concerned a serious and fair review of the entire decisions and proceedings that contributed to reaching this critical juncture.

He added that unemployment is rampant at an unreasonable level that is difficult to tolerate. Families are not free of one jobless, two or even more, and those who find work are underpaid not exceeding the first week of the month, he can only spend it on himself and the rest of his family, explaining that the worsening of these conditions is the frantic competition to raise the prices of goods, charge prohibitively high prices on many vital services and tax, including the ‘’VAT’’, which added to the inequitable burdens of citizens’ conditions other heavy and harsh burdens.

Sheikh Sanqour wondered whether there is any seriousness in addressing these deteriorating situations, in particular, as migrant workers continuing to occupy various jobs in the public and private sectors while citizens are able to occupy these jobs in full merit and sincerity. Noting that while departments and companies are crowded with foreign doctors, engineers, nurses, teachers and technicians, their citizens’ counterparts are housebound without work. Foreigners occupy most of the high and average wages jobs as well as the low ones, and they are the ones who take the labour market, small and medium-sized businesses.

His eminence affirmed that the citizens are not waiting for justifications that provoke them more than persuade them, but rather they need practical and radical solutions to the poor living conditions, and they are waiting for decent jobs and fair wages appropriate to the requirements of living well, sufficient support for the poor and the people with limited income, and reform of the system of fees and taxes.