On Saturday, December 31, 2022, the capital of the revolution, Sitra, hold the annual event, ‘’We are Coming Sitra’’ in its eighth edition. 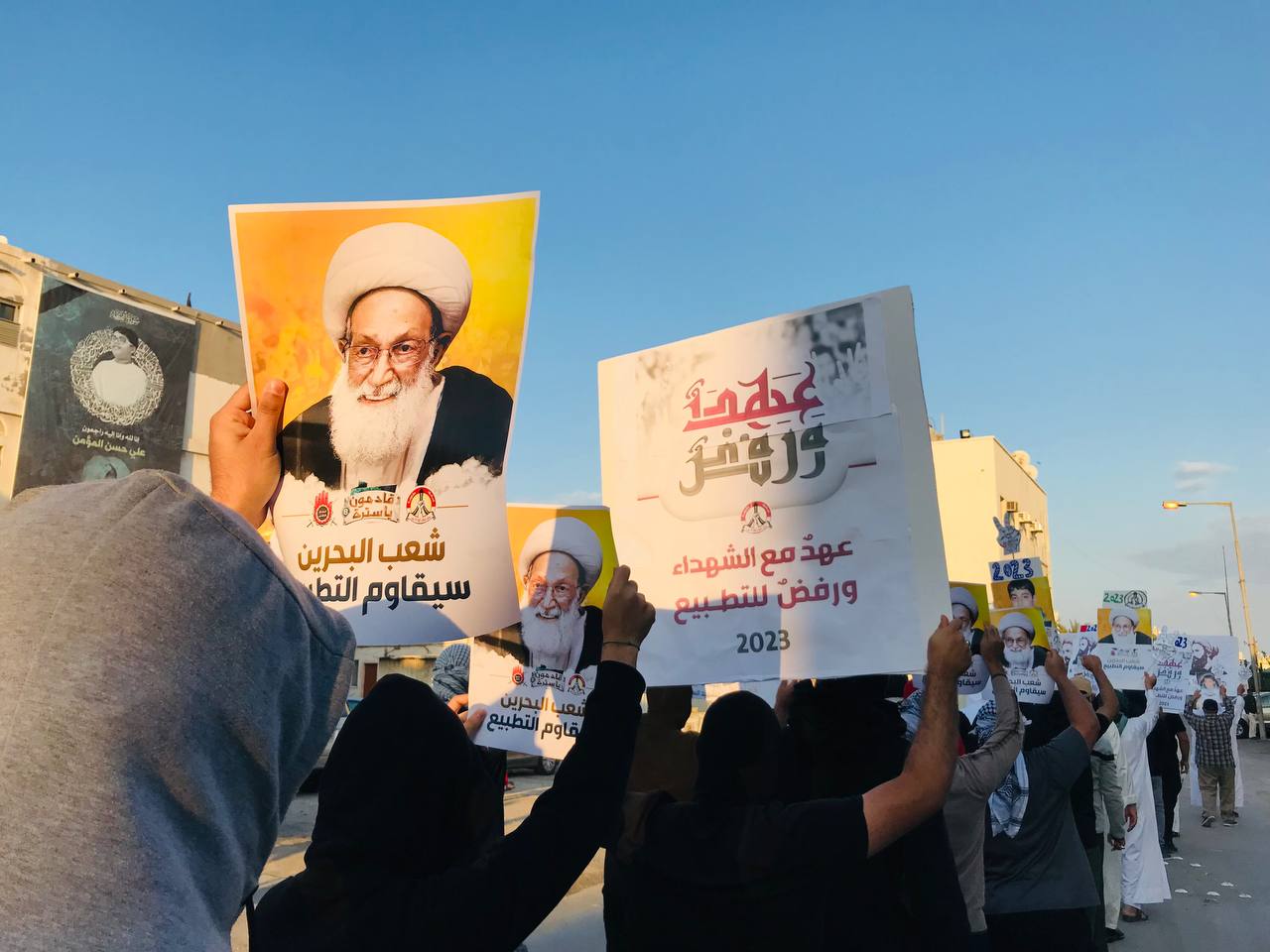 On Saturday, December 31, 2022, the capital of the revolution, Sitra, hold the annual event, ‘’We are Coming Sitra’’ in its eighth edition.

The demonstrators set off in the middle of Sitra Island, carrying pictures of His Eminence Commander Ayatollah Sheikh Isa Qassim, Shahid Sheik Nimr Baqir al-Nimr and Shahid Sayyidd Hashem al-Sayyed Saeed, and they chanted revolutionary slogans refusing the normalization with Zionists and emphasizing the completion of the revolution until the right to self-determination is achieved.

The February 14 Revolution Youth Coalition in its speech at the event, announced the new revolutionary year 2023 slogan ‘’Pledge and Rejection’’. It also revealed the personality of the last year, ‘’Cohesion and Victory’’, the symbol of the activist detained in al-khalifa prisons ‘’Professor Hassan Mushaima’’, calling on the people to be fully prepared and ready to commemorate the twelfth anniversary of launching the glorious revolution on 14 February, hoping that this year will bring it victories and be a year full of pride, dignity, freedom and self-determination.

The khalifi regime’s mercenary bands attacked the demonstrators participating in the event, and stormed Sitra with their vehicles and machinery, causing casualties among the ranks of the revolutionaries, who had blocked the main street to prevent the advance of the mercenary vehicles and secure the withdrawal of the freedmen.

The event was proceded by a visit to the martyrs’ fathers, the men of steadfastness, and the activists of the martyr’s Kindergarten Sayyid Hashem al-Sayyed Saeed, and they read Quran Kareem to his soul on the anniversary of his martyrdom.

It is noteworthy that the central event ‘’We are Coming Sitra’’ is an annual event that started on the first time on January 1, 2016, during which the February 14 Revolution Youth Coalition announces the slogan of the new revolutionary year and reveals the personality of the last year.

The revolutionary masses from various regions have been participating in this event, in which the people of the revolution’s capital, Sitra, open their homes for them, to launch angry demonstrations, which are not devoid of confrontations with the mercenaries of the Khalifi regime.