A statement was issued by the Political Council of the February 14 Revolution Youth Coalition regarding the negligence of the al-Khalifi regime’s in treating the detained National Figure ‘’Mr. Hassan Mushaima’’, which read as follows: 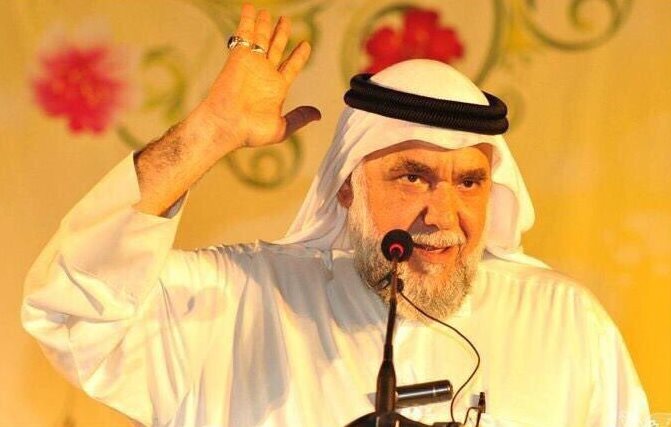 A statement was issued by the Political Council of the February 14 Revolution Youth Coalition regarding the negligence of the al-Khalifi regime’s in treating the detained National Figure ‘’Mr. Hassan Mushaima’’, which read as follows:

In the name of Allah Almighty,

It’s no longer hidden that the al-Khalifi regime practices glaring and wilful neglect against the prominent opposition leader in Bahrain and Secretary-General of the Haq Movement, ‘’Mr. Hassan Mushaima’’ who has been arrested in 2011.

The figure ‘’Mushaima’’ hasn’t received the treatment needed in prison despite long years of illness. The prison administration was procrastinating in giving him the essential medicines and refusing to take him to the hospital for treatments or examinations, until his health condition has deteriorated, and under pressure from him and his family, he was transferred to the Kano Health Center, and the situation didn’t change much, as he stayed there without treatment, and his relatives were repeatedly prevented from meeting and visiting him, prompting them to sit-in protest in front of the center for two days straight, with their plan to continue, so the mercenaries of the al-Khalifi regime arbitrarily arrested them and took them to Hoora Police Station.

We call upon our noble people for a broad solidarity campaign with the figure ‘’Mr. Hassan Mushaima’’ and other figures and political detainees; and we hold the al-Khalifi regime full responsibility for his life, especially because he is suffering from a terminal illness, despite his old age he is languishing in its prisons with a life sentence. Since his arrest in March 2011, the prison administration has neglected his health care and his human right to treatment, and has prevented his family from visiting him, which is an approach adopted by the regime with opposition leaders generally within the policy of ‘’slow deaths’’ in its prisons by neglecting to receive them the needed health care and their right to treatment, because he lives a state of hysteria from the survival of the opposition leader in Bahrain, whose voices still scare him.