A position was issued by the Political Council of the February 14 Revolution Youth Coalition concerning the bill passed by the Iraqi Parliament to ban and criminalize dealing with Zionist enemy, which read as follows: 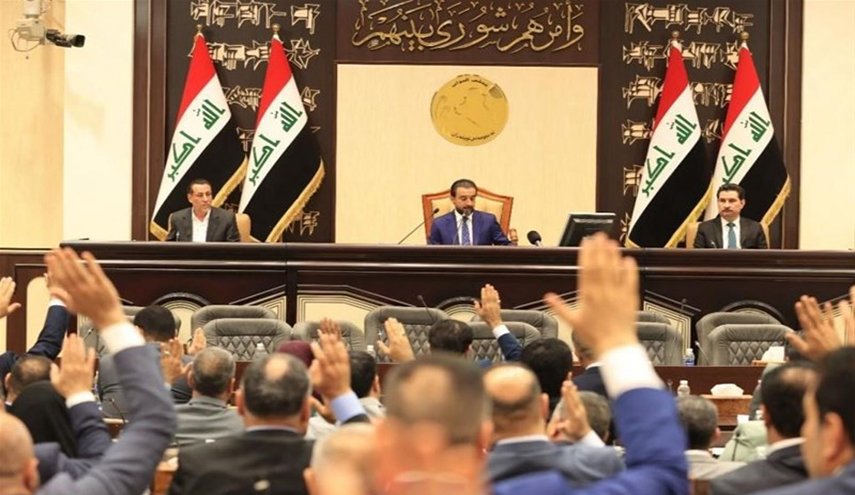 A position was issued by the Political Council of the February 14 Revolution Youth Coalition concerning the bill passed by the Iraqi Parliament to ban and criminalize dealing with Zionist enemy, which read as follows:

The Iraqi parliament, by historical unanimous passed a bill banning and criminalizing dealing with Zionist enemy in a huge and important step which will block the way for this enemy’s plans to implement its dream in what is called “Greater Israel” and its endeavors to penetrate the root of Iraq through normalization and opening relations with “Great Iraq”.

adopted by the Iraqi parliament through which the decision to criminalize normalization with the Zionist enemy is the best beginning to solve parliamentary and political situation in Iraq, as we wish that

the honorable Iraqi politicians put the interest of Iraq above any other interests. Not surprisingly, from the criminalization of normalization to the formation of a strong government that takes its natural place and its rightful role regionally and internationally, so Iraq remains a free and proud state.

We, in the February 14 Revolution Youth Coalition express on our own behalf and on behalf of the Bahraini people our deep appreciation, our blessing and our support for this hard parliamentary decision, and we emphasize the importance of tougher laws to anyone who might be tempted to deal with Zionist entity that has wreaked havoc on Earth and made forbidden blood lawful; also we call on all the Arab and Islamic countries to follow the example of

Iraq in this historic decision which will be a strong barrier against the Zionists’ plans and their allies in the region especially those who are normalized with them. In this regard, we deplore this sordid step taken by the Al-Khalifah regime by allowing the so-called Zionist embassy in Bahrain to held a reception on the 74th anniversary of the occupation of Palestine and the emergence of the usurping occupying entity reflecting the most repugnant forms of betrayal to the Central Nation Case.

The political Council of the February 14 Revolution Youth Coalition