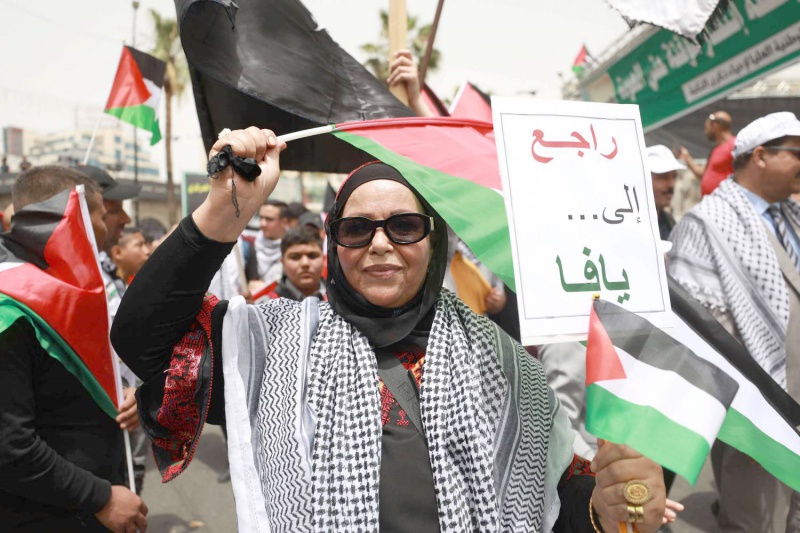 The Arab and Islamic nations mark the largest systemic injustice process for an Arab people, which were expelled from their country and replaced by the world’s “Jews” with an unjust international plan. It is the most repugnant occupation in human history. Hundreds of thousands of Palestinian families were forced to leave their country, their children were arrested and killed, their houses and their lands were stolen with the support of British Mandate with the whole world watching, who granted this bastard entity the power to commit massacres against the inherent citizens since his arrival in Palestine till now. The assassination of the journalist “Shireen Abou Aqla” and the murdering of the released prisoner “Daoud Al-Zabidi” in daylight in Galilee will not be the latest massacres committed by this bastard entity.

Today, 74 years after the Nakba Day and the occupation of Palestine, the Palestinian cause is at a delicate and dangerous stage holding the fate of the whole nation which facing the world’s arrogant in the state of the interim Zionist entity. The people of the entire region bear a heavy and direct responsibility in addressing this arrogant by insisting on rejecting this bastard entity and refusing any form of normalization with it.

We, in the February 14 Revolution Youth Coalition affirm from Manama the unity of our people’s fate and their solidarity in the defense of Palestine until the near liberation. We also emphasize the principle of the right to return of millions of displaced people from the oppressed Palestinian people, and the demise of Zionist entity from all occupied Arab and Palestinian territories.

The Political Council of the February 14 Revolution Youth Coalition