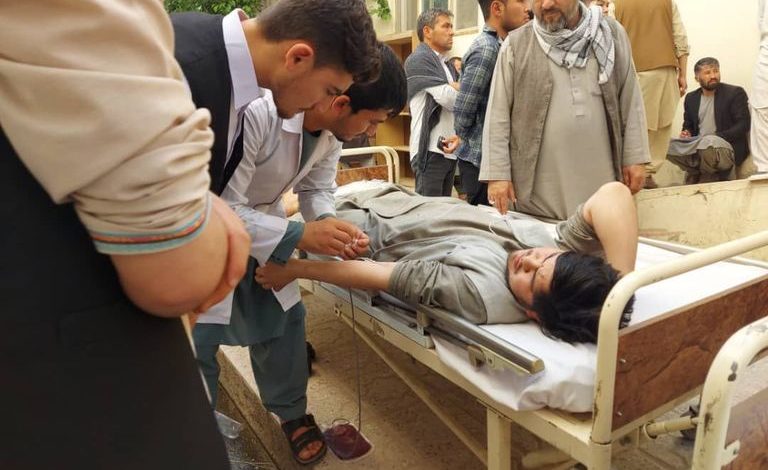 A statement of condemnation was issued by the Political Council of the February 14 Revolution Youth Coalition concerning the terrorist blast that targeted a Shi’ite “Muslims”  mosque in Afghanistan while they were praying, which read as follows:

A new bloody day for members of the Shi’ite “Muslims” community in Afghanistan after a suicide bombing attack in the city of Mazar-i-Sharif, the capital of Balkh province, the country’s fourth largest city in the “Seh Dokan” mosque leaving dozens of martyrs and wounded.

This Bloody Thursday in Afghanistan confirms that the hand of Takfiri Wahhabi terrorism supported by the united states still messing with the lives of the Afghan people to promote sectarianism by targeting Shi’ite Muslims, in order to carry out malicious international political agendas, also confirms that this terrorism has no religion or doctrine, by spilling the blood of Muslims in God’s Month of Hospitality, which is a Month of compassion and cohesion among Muslims.

With all grief and sorrow, we mourns in the February 14 Revolution Youth Coalition the martyrs of the Mazar-i-Sharif massacre, asking God Almighty for their mercy and satisfaction, and a speedy recovery for the injured. At the same time we call on the existing government in Afghanistan to carry out its responsibilities and protect the Shi’ite citizens, and strike terrorism in its den to prevent the bloodbath that affects periodically and systematically this pacifism category, while exercising their proper rites of prayer imposed at God’s homes.