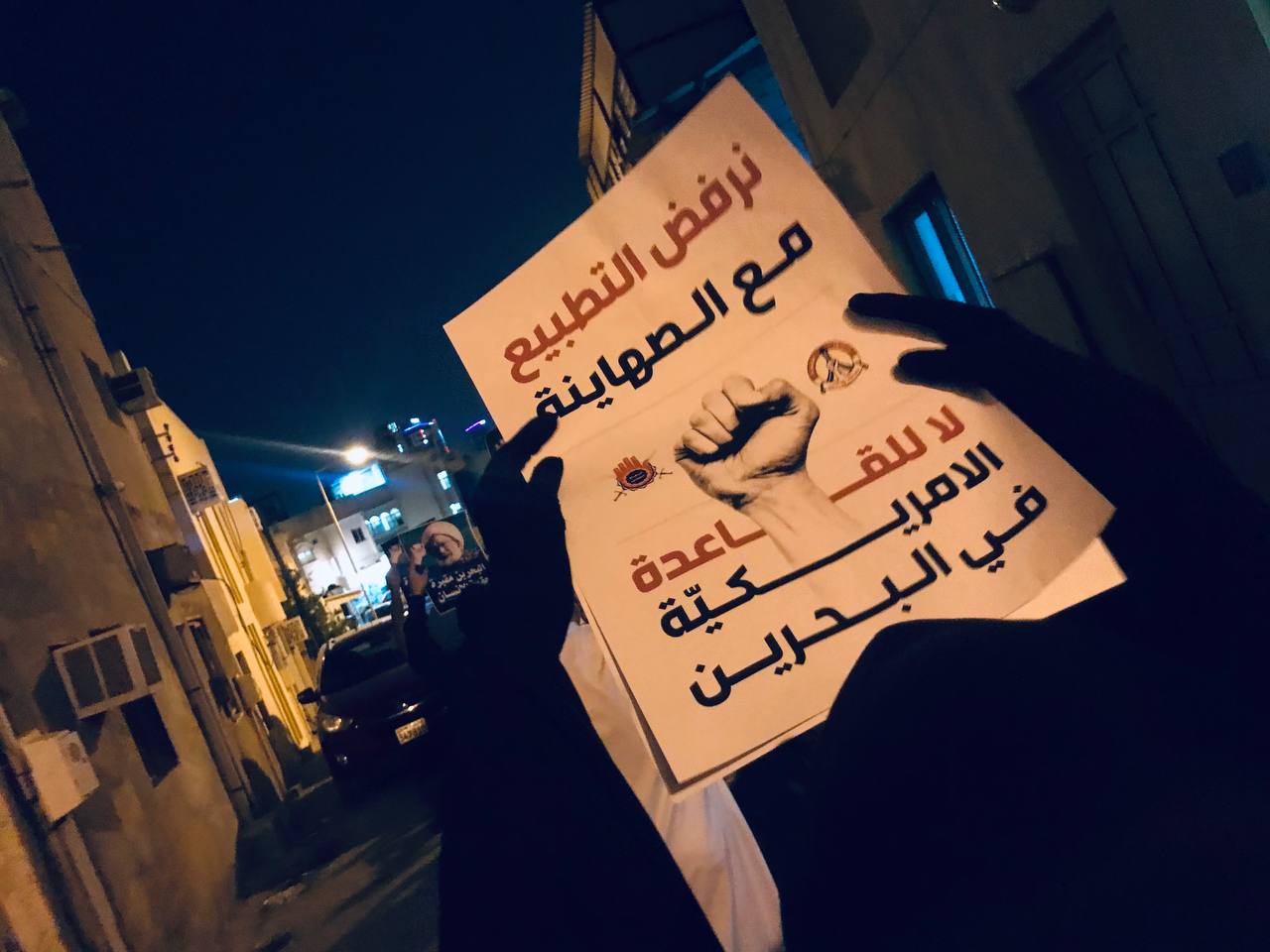 In this context, the regions of Bahrain have seen various revolutionary movements for days, as Al-Ahrar newspaper in the town of Diraz, west of Manama, was adorned with anger slogans rejecting the Al-Khalifa normalization. In addition, the revolutionaries of Al-Markh wrote on its streets the name of the Zionist, Hamad Bin Issa Al Khalifa and a popular demonstration was launched denouncing the Zionist entity occupying the Palestinian territories, who murders children  under the slogan “No For Normalization”,  where the protestors stepped on the Zionist flag and announced their adherence to the right to self-determination.

The walls near the Embassy of illegal Zionist entity in the capital, Manama, were painted with revolutionary expressions rejecting normalization, and confirming the readiness of the people of Bahrain to celebrate the International Quds Day.

There were also confrontations between the revolutionaries of the revolution’s capital, Sitra and the Caliph mercenary gangs present in the center, while the sit-in continues in the town of Sanabis  in solidarity with the political detainees and the continuing of the people’s movement.