That this day which comes on the first Friday of the month of Ramadan every year, is a day of pride, dignity and glory. 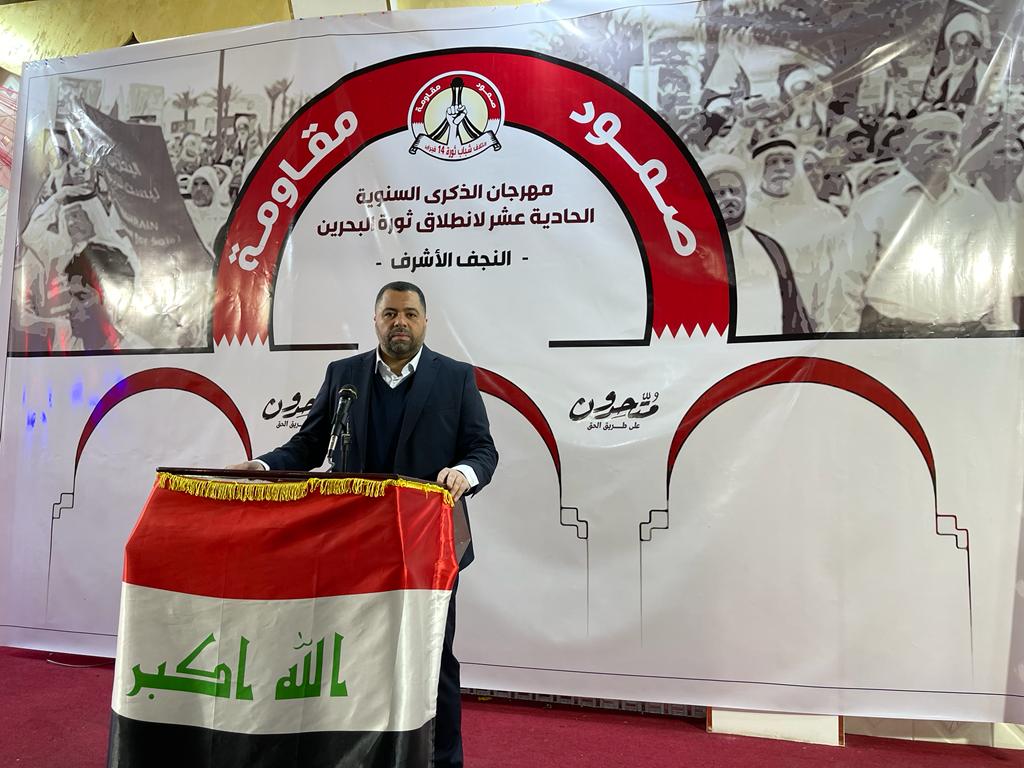 The director of the political office of February 14 Revolution Youth Coalition in Beirut “Dr. Ibrahim Al-Aradi” offered his best wishes to the muslims and the Bahrani people on the occasion of the holy month of Ramadan.

He said in his statement on the occasion of the “National Day to expel the American base from Bahrain” which was published by “the February 14 coalition” on its accounts on social media, that this day which comes on the first Friday of the month of Ramadan every year, is a day of pride, dignity and glory, that will ensure a clear future for Bahrani people, preserve their dignity and their free sovereignty.

Dr. Al-Aradi confirmed that today is a day to expel all military and security presence, whether it’s maritime or land or otherwise presence, and that the Bahraini people refuse this American military presence in support of dictatorship and the rule of the bloody caliphate entity, that did nothing for the Bahraini people other than torture, torment, killing, captivity and displacement.

He added that when the people demand the expulsion of the American base from Bahrain, or any other military or security bases, this mean that the Bahraini people decide how they want the form of their country and its political and civil nature, stressing that the presence of military bases in Bahrain is illegal and is an occupation, because it proves a rule that has no legitimacy, despite the people who reject the existence of the caliphate entity and its outsider allies.

The director of the political office stressed that the Bahraini people will continue to face the distasteful American presence with all firmness and will, first with Allah Almighty’s help, and with the help of the freemen of this nation and that they will never kneel to the conspiring tools of murder and destruction.

He said: ”we convey to the proud Bahraini people who understand only the language of dignity our felicitations on the occasion of National Day which proves just how much the Bahraini people is vital, and our people will prove that he represents a fundamental presence in breaking world’s arrogance and expelling the Great Satan and his Zionists from Bahrain and the region from the first Friday of the month of Ramadan, which is the “National Day to expel the American base” to the last Friday, which is the “International Quds Day”.