The Haji Ali Muhammad Ibrahim al-Ma’amiri, one of those stranded in the city of Mashhad in Iran, died today, Saturday 7 March 2020. 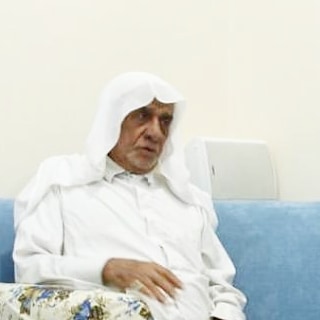 The Haji Ali Muhammad Ibrahim al-Ma’amiri, one of those stranded in the city of Mashhad in Iran, died today, Saturday 7 March 2020.

It is noteworthy that the deceased is the second citizen who dies in two days after Haj Hassan Mansour al-Mughlaq, among those who are still stuck in Iran, where there is no clear plan to evacuate them from there and return them to Bahrain, after the outbreak of the “Corona Covid 19” virus in Iranian cities.

The Ministry of Foreign Affairs announced through its official website an evacuation plan for citizens stranded in Iran and to take the necessary measures to examine them and their quarantine, after the spread of “Corona Virus Covid 19” in a number of Iranian cities, but there were no clear indications of this plan yet, as the regime refused the help of some Gulf states that have declared their readiness to return them, in a move that the Iranian Foreign Ministry has described as irresponsible.

The February 14 Coalition mourned, in a statement, the deceased Haji Ali Muhammad Ibrahim,” who had been oppressed  by a criminal sectarian regime that had not fulfilled its most basic human and moral duties towards more than 1300 citizens still stranded in Iran after the outbreak of Corona virus, in difficult humanitarian situations, concern about their fate in exile, and the fate of their relatives and children in Bahrain, according to the Coalition’s statement.