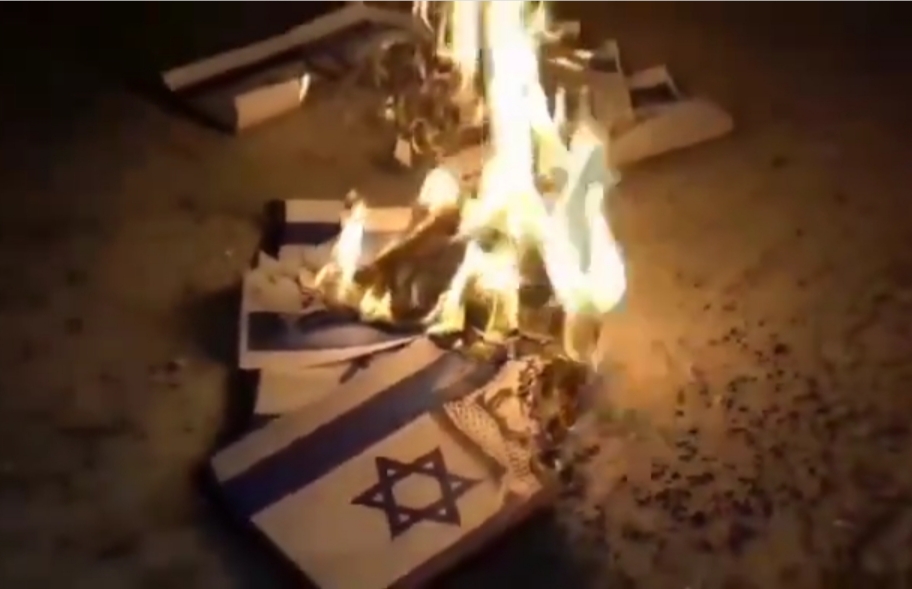 In this context, burning Zionist flag continues in Bahrain, where the revolutionaries of the towns of Maamer and Al-Marakh were burned the flag in adherence to Al-Quds’s cause .

To declare their preparedness for the activities of “Our Land rejects the occupation” on the ninth anniversary of the Saudi-Emirati occupation of Bahrain, and to refuse holding  Formula 1 Races in Bahrain, the revolutionaries of the towns of Buri, Bilad Al-Qadeem and Maamer raised the pillars of popular anger in the streets, defying the mercenary agents .

Meanwhile,  people of the towns of Abu Saiba and Shakhura, and west of Manama, launched a revolutionary demonstration in honor of the martyr Syed Jaafar Al-Alawi and the martyr Sakina Marhoon on the anniversary of their martyrdom.