A delegation from the February 14 Revolution Youth Coalition visited the martyrs leaders’ cemetery  in Lebanon on the occasion of their martyrdom anniversary. 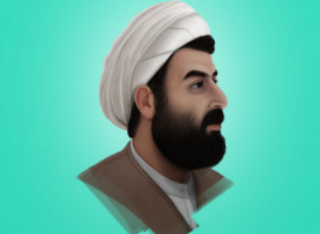 A delegation from the February 14 Revolution Youth Coalition visited the martyrs leaders’ cemetery  in Lebanon on the occasion of their martyrdom anniversary.

In this context, on Saturday 15 February 2020, the delegation visited the grave of “Sheikh of the Islamic Resistance’s Martyrs” , the jihadist Sheikh Ragheb Harb, in the presence of his brother Sheikh Ismail and his son Sheikh Ragheb.  To the beat of music of Imam Mahdi Scout Band “p”, and in the presence of foreign representatives, the delegation put wreaths on his pure grave.

On Sunday, February 16, the delegation visited the cemetery of leaders in the Southern District of Beirut, Hajj Imad Mughniyah and his son  “Jihad” and Sayed Mustafa Bader al-Din, where it put wreaths of flowers in the presence of Sayed Mustafa’s son, “Ali”. It also visited the grave of the son of the resistance’s master, Sayed Hadi Hassan Nasrallah, and the grave of  Hajj Imad Mughniyah’s mother .

The delegation participated in the rhetorical service of His Eminence Sayed Hassan Nasrallah, which was broadcast in the town of Sayed Abbas al-Musawi, “Prophet Shyth”, after visiting the grave of his wife “Um Yasser” and their child “Hussein”, in the presence of their son, Sayed Yasser, ending its visit to the home of the martyr’s family “Um Yasser”.

Sheikh Ragheb and Sayed Yaser hailed, in two separate speeches, the February 14 Revolution Youth Coalition and the people of Bahrain, praising its continued movement for gaining the right to self-determination.