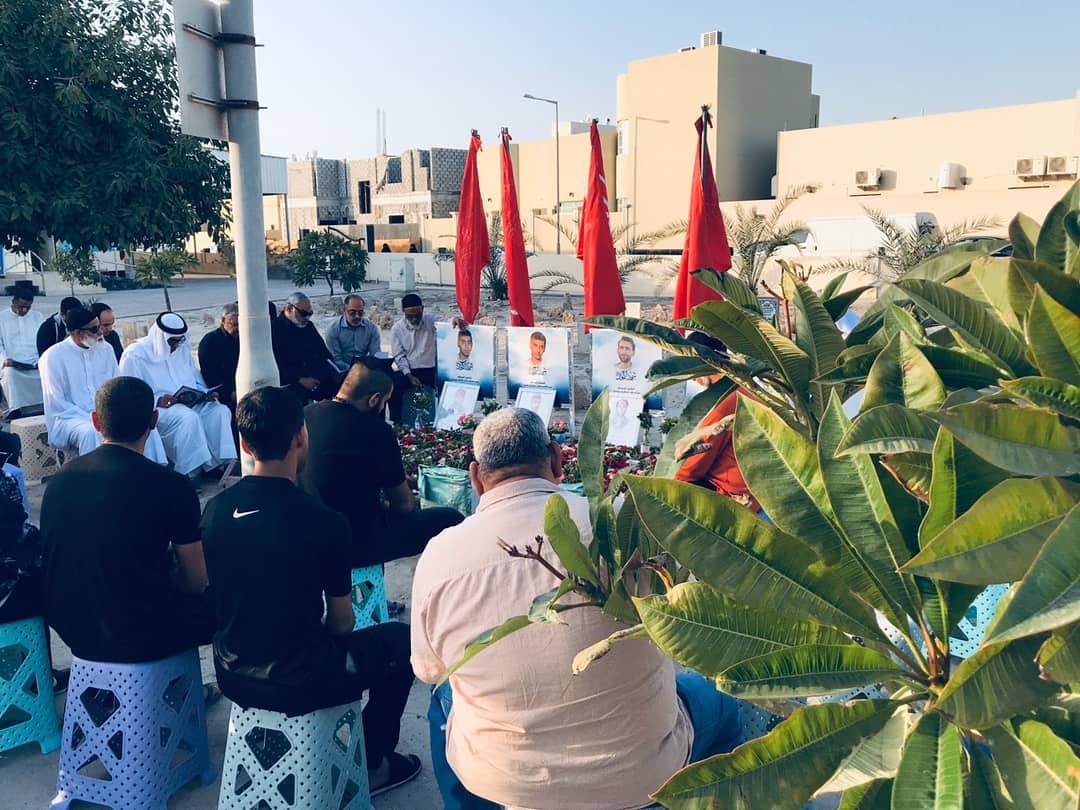 On this anniversary , the families, headed by martyrs’ fathers, revolutionaries and a number of activists, visited the symbolic cemetery of the martyrs in Karbabad Cemetery.

Meanwhile, the Bahraini community in the holy city of Qum commemorated this anniversary by visiting the martyr’s graves, decorating them and dedicating a holy Quran verse.

In a statement issued by the Media Committee of Karbabad’s Youth on this anniversary , it emphasized that the town’s people possess a historical jihadist stand that enables them to endure the torments, so that the revolution will continue until achieving victory and revenging for the considerable sacrifices.

The people are ready to revive the ninth anniversary of the revolution, and the activities will continue to renew the covenant and to persist on resisting the oppression and injustice.

The people of Karbabad also carried out a revolutionary demonstration under the slogan “resistance fighters against arrogance,” in which they raised the pictures of the martyrs and called for a retaliation and punishing their killers.

The martyrs of freedom : Hassan Al-Bahrani, Maytham Ibrahim, Qasim Darwish, and Mahmoud Kadhim, from Karbabad , were the first revolutionary youth mujahedeen, and they had heroic stands, as they sought freedom from the injustice of Al-Khalifa family and headed for the sea in February 2018 and died in mysterious circumstances.

Their bodies were found on the Iranian shores, and they were buried in the cemetery of “Bahsht Masumah” , where a mass funeral was held for them, in which Bahraini, Arab and Islamic communities were participated. 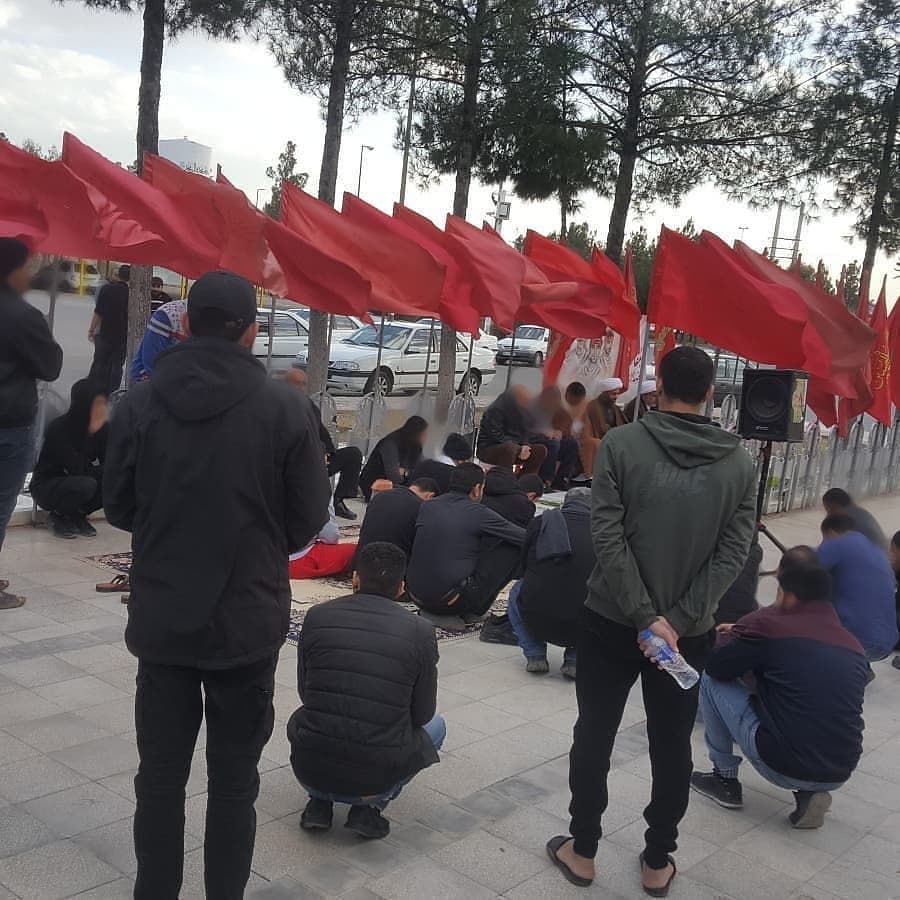 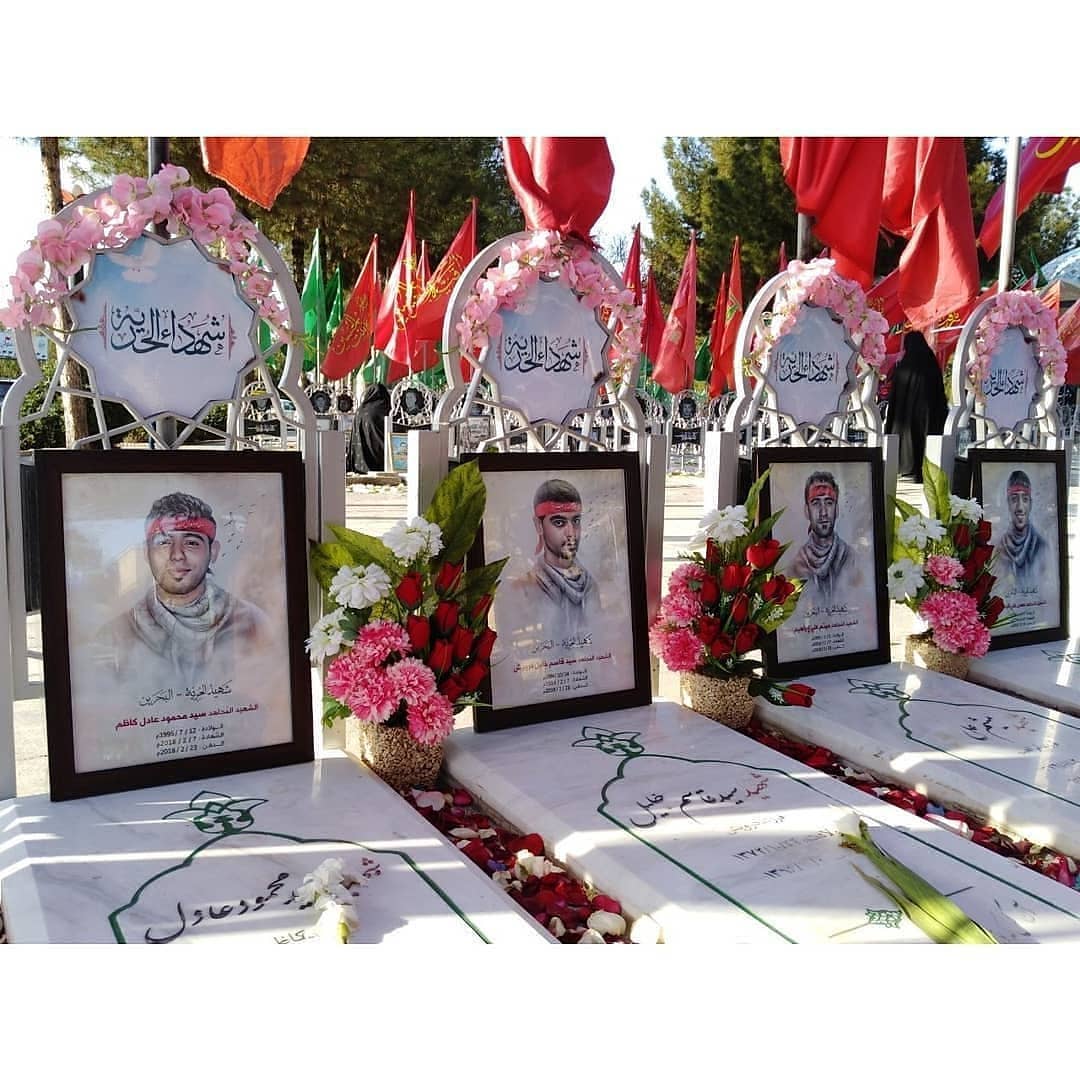