February 14 Youth Coalition Praised the great victory achieved by Yemeni forces on the Saudi-American aggression through the operation of “victory by Allah”. 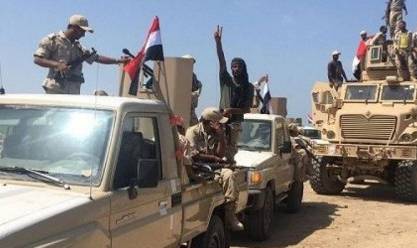 February 14 Youth Coalition Praised the great victory achieved by Yemeni forces on the Saudi-American aggression through the operation of “victory by Allah”.

It said, in a statement on Saturday, September 28, 2019, that the Yemeni armed forces have declared the military operation under the slogan “victory by Allah”, which is one of the happiest news for the Yemeni people and all the free peoples. The operations represents a qualitative great victory in Najran against the Saudi ground forces; and the fall of the three military brigades and the captivity of a military platoon , in addition to killing hundreds of invading forces, and  captivating thousands , and liberating vast geographic areas in Yemen within 72 hours.

The Coalition said that this operation achieved by the Yemeni army confirms that  the people of Yemen are superior to the forces of aggression and mercenaries, and will leave a great impact on the field and political equations in the future , recorded the disappointment of the defeated Saudi forces in one of the largest successful military operations.