The annual martyr procession was set off on Monday, September 2, 2019 in the towns of Musalla and Jidhafs. 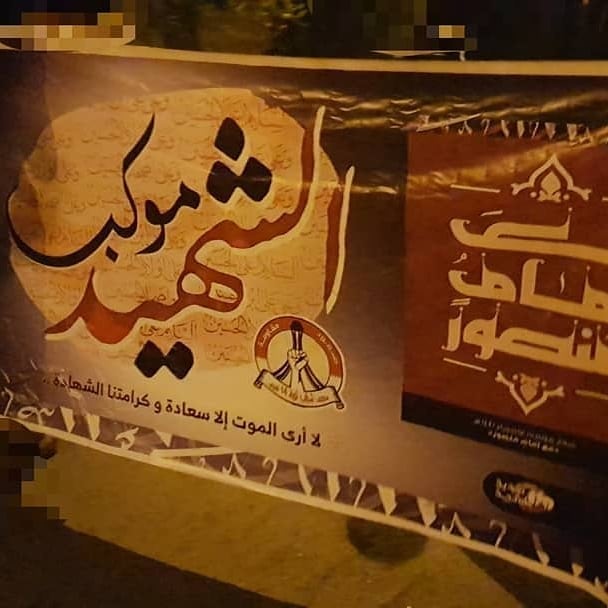 The annual martyr procession was set off on Monday, September 2, 2019 in the towns of Musalla and Jidhafs.

The procession, in which dozens people have been participated, was  attended by the martyrs’ fathers, where they raised the slogans of Imam Hussein and posters of “with Imam Mansour” slogan , renewing the covenant with the martyrs to perpetuate their memory, and with Imam Hussein “p” to continue his approach in fighting the unjust rulers.

The 14 February Revolution Youth Coalition had launched its Ashura program for the year 1441 H, emphasizing the necessity of reviving this occasion, which included a variety of events including the martyr’s convoy, the wedding of “Qawasem” of Bahrain on the eighth day of Muharram Al-Haram, and the Fifth Feminist Ashura Forum.

Earlier, the Coalition called for active participation in the processions of central condolences, especially in the Bahraini capital, Manama, the marches of “La Baek Ya Hussein” scheduled on the tenth of Muharram, and the event  “the field is our destination”. 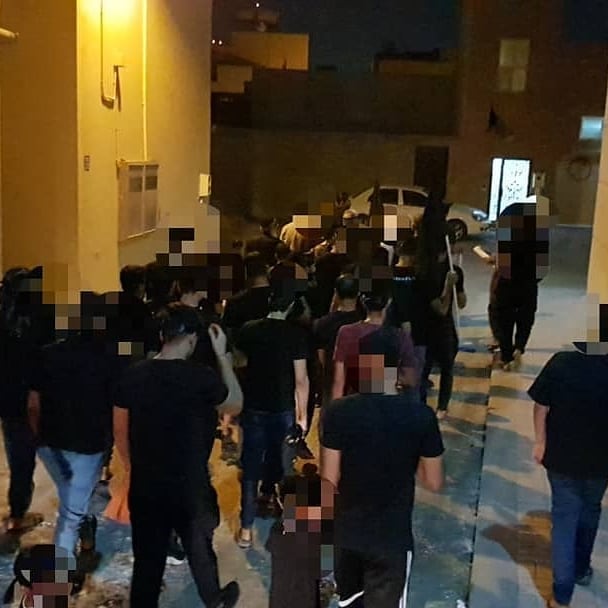 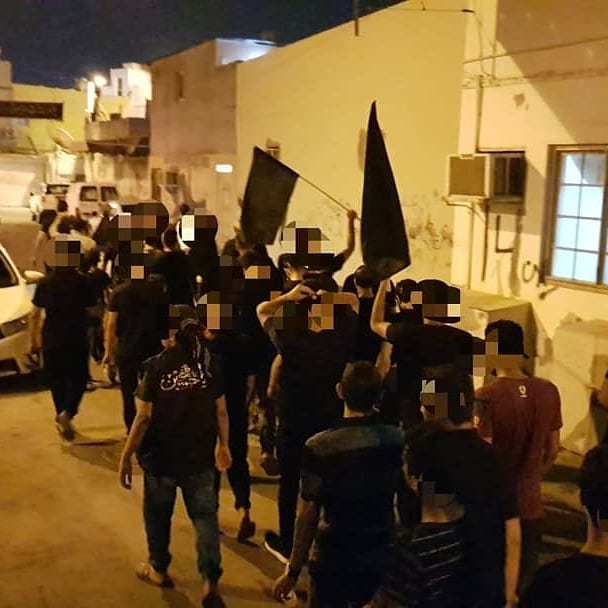