The prisoner of  conscience, Hassan al-Ghassra, announced that 15 detainees in Joe Prison intend to carry out an open hunger strike to protest against their “deteriorating conditions.” 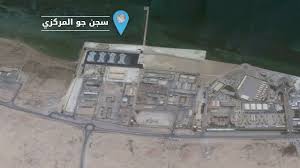 The prisoner of  conscience, Hassan al-Ghassra, announced that 15 detainees in Joe Prison intend to carry out an open hunger strike to protest against their “deteriorating conditions.”

Al-Ghassra explained that they have been subjected to systematic targeting in the isolation building at Joe prison two years ago “without giving real reasons for this” from the prison administration, stressing in an audio recording that they suffer from a clear discrimination in treatment without the rest of the prisoners, as they were placed in rooms where they are not practicing their religion feely, especially the collective prayer, rituals and congregation.

He added that they are subjected to continuous monitoring, even on their privacy guaranteed by law, and there are informants to monitor their movements and words, in addition to deliberately disturbing them and restricting them  during the contact and during the sun exposure hours, which constitutes psychological torture for them.

Al-Ghasra demanded that they  should have their legally guaranteed rights by removing them from the current place and the bad conditions surrounding them and placing them into rooms according to their classification in the prison, as well as the rest of the detainees, and giving them their full right to practice their religious rites freely in a safe environment.

He stressed that they would resort to an open-ended hunger strike on August 15 this month if their demands are not met, calling on human rights parties to carry out their humanitarian duty towards their just demands.

The detainees that intending to carry out the strike are: