Thousands of Bahrainis have participated in the funeral of the martyr Mohammed Ibrahim al-Miqdad on Sunday, 28 July 2019 in Bilad al-Qadeem town. 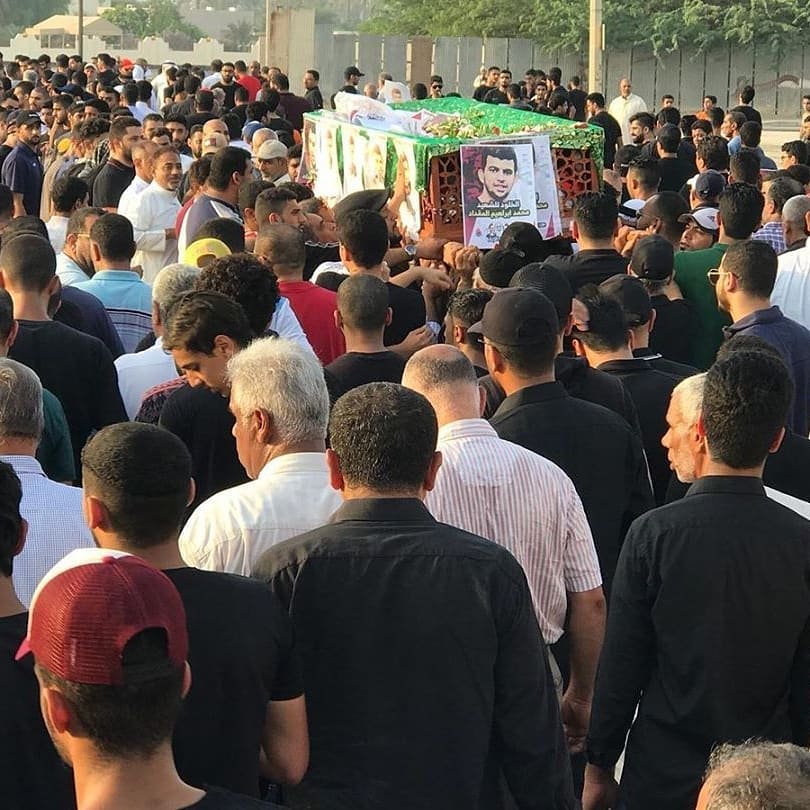 Thousands of Bahrainis have participated in the funeral of the martyr Mohammed Ibrahim al-Miqdad on Sunday, 28 July 2019 in Bilad al-Qadeem town.

The procession, which was set off from the  dead washing’s room, and headed  by the fathers of the martyrs, the men of steadfastness, and  Bahrain women , has included revolutionary slogans and chants calling for toppling the dictator Hamad.

The mother of the martyr raised his image , affirming no to give up the right of her son to avenge upon his killer.

In continuation of their despicable terrorist approach, the mercenaries attacked the mourners with poison gas and tear gas to disperse them, but they received fierce resistance from them.

It is worth mention that the  martyr Muhammed al-Miqdad was died by inhaling poisonous gases that  were fired  towards  the demonstrators  who were roaming the town of Bilad al-Qadeem  in solidarty with the executed martyrs Ali al-Arab and Ahmad al-mullahs, where Feb 14 had considered their death  as a witness on the injustice rule of al-Khalifa. 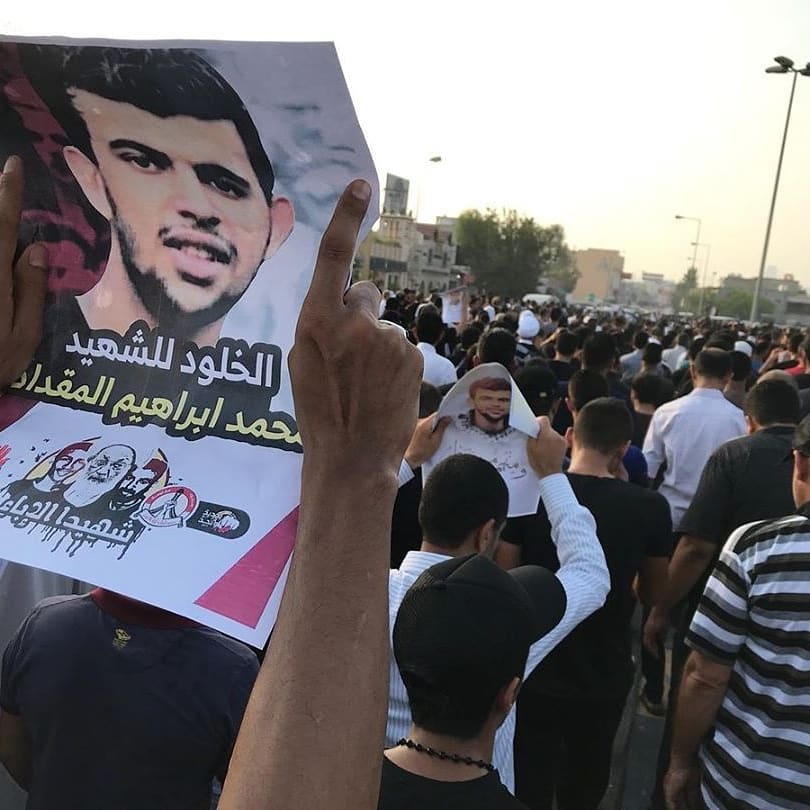 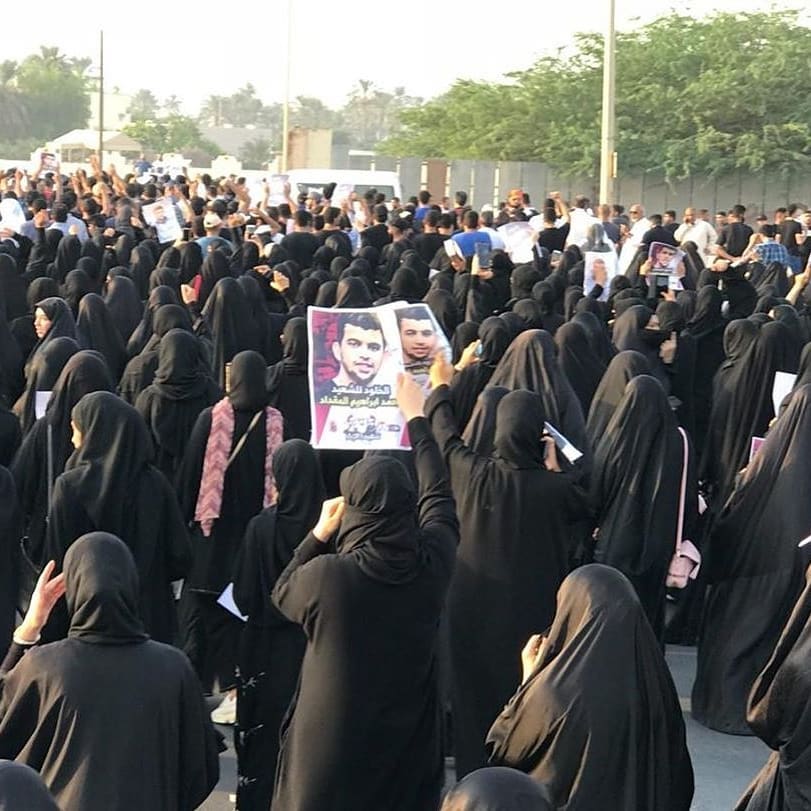 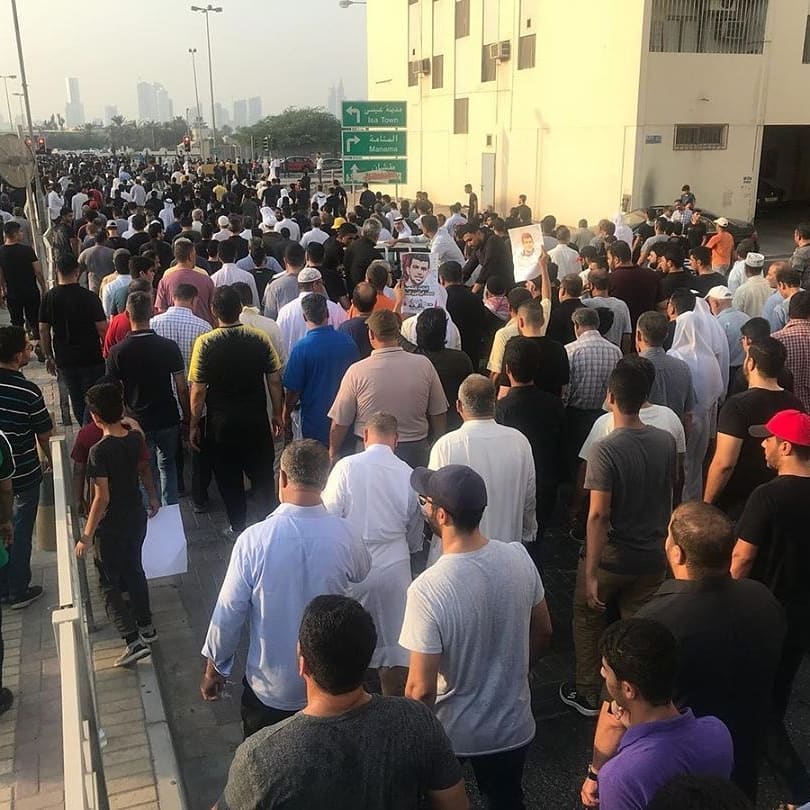