Head of the political bureau of the opposition block in Britain, the activist Ali al-Fayez said  “Thousands of prisoners have been tortured because they have demanded their rights, the rights of our people peacefully, including freedom, dignity and peace for Bahrain and all of its people” . 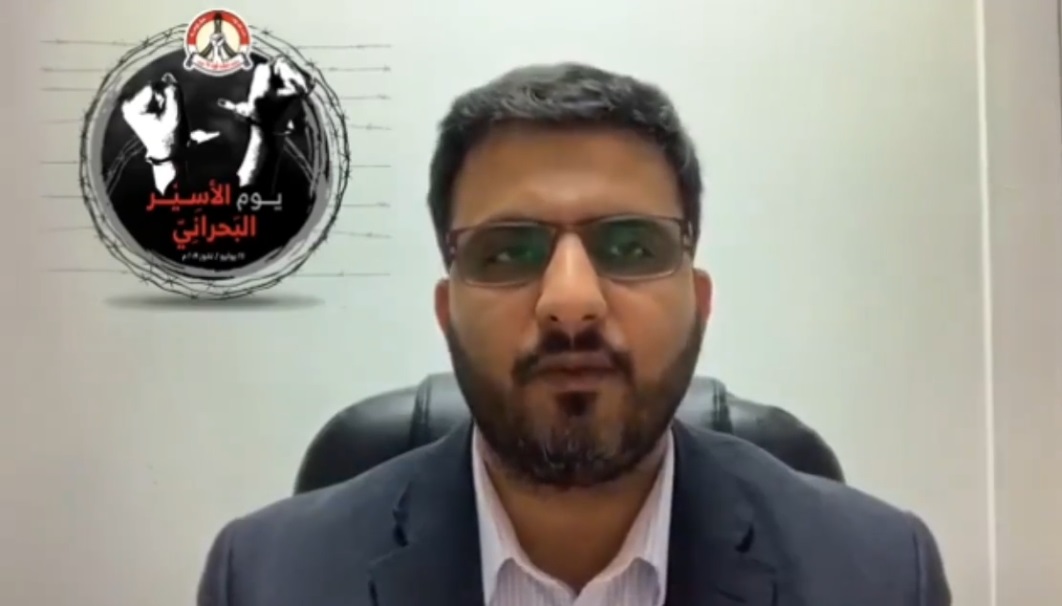 Head of the political bureau of the opposition block in Britain, the activist Ali al-Fayez said  “Thousands of prisoners have been tortured because they have demanded their rights, the rights of our people peacefully, including freedom, dignity and peace for Bahrain and all of its people” .

In a videotaped speech on the occasion of Bahrain Prisoner Day, al-Fayez said that Al Khalifa tortured the prisoners, and they are continuing to do so. They seek to prevent them from being treated by using all means.  They want the families of prisoners to feel weak and despair of Allah’s relief  and promised victory, and make the prisoners to become a paper waiver of their rights, the rights of their families and the sacrifices of the people, but to accept humiliation and humiliation and slavery.

He added: “Our families and their families are the honor of Bahrain and its revolution and the source of steadfastness and resolve. They are the leaders of the path of pride, freedom and dignity. It is our duty to triumph over them and support their families so that we have the honor to participate in the promised victory industry, by God willing, and affirm their injustice and spread their oppression. Without any condition, but to compensate them for what they suffered injustice and harm, and to support their families materially and morally to enjoy the social status that they deserve as a supervisor in this country”.

Al-Fayez stressed that the plans of the Al-Khalifa should be thwarted and that their efforts to distort the truth and reverse the facts must be thwarted by asserting their illegal seizure  of power and stealing the wealth of the country, pointing out that they have arrested tens of thousands, tortured them, and killed hundreds, Whoever wants good for Bahrain and its people must oppose the crimes of Al Khalifa, not to criticize the oppressed, the tormented and the deprived, and to demand the freedom of prisoners and the peaceful rights of the people.

“Our covenant with God and with you will not rest until you liberate the great prisoners with pride and dignity. Our covenant is not to waste your sacrifices, which you have made for the sake of Allah and the homeland.” It is our pledge to keep the torch of revolution until the desired political change leads to freedom and justice. And the rule of the people, and our covenant is the last battle and we will win it with the help of God