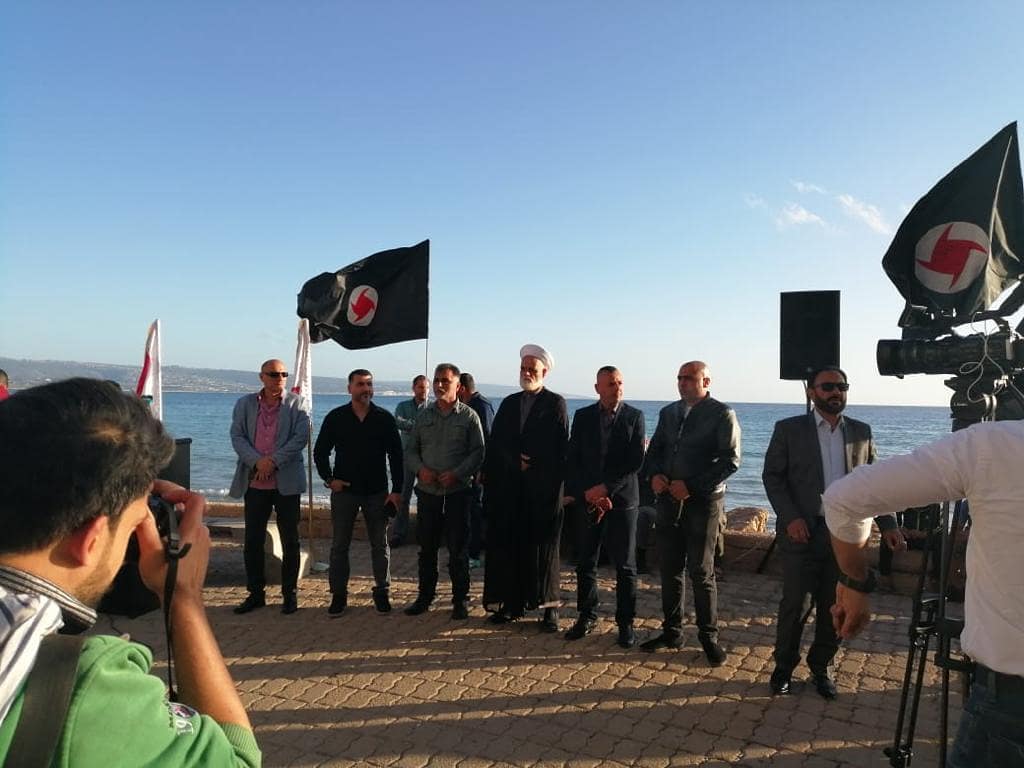 The sit-in took place on the sea promenade of Soor city in southern Lebanon on Friday, May 3, 2019, in which clerics, activists, personalities, forces and crowds from Palestinians and Lebanese took part. The representative of the Palestinian Popular Struggle Front in Lebanon and Syria, Shahedi Attieh, Sheikh Saeed Qassem, "the head of Badr Main Center" Mohammed Kadoura , and the Bahraini media man, Hassan Qambar have delivered speeches .

The speakers called for the release of the Bahraini detainees and prisoners in Al-Khalifa prisons and the Palestinians in Israeli prisons. They also called for the activation of human rights law, in order to pressure the international community to release them.

The meeting ended with the launch of balloons in the skies of southern Lebanon on the border with occupied Palestine.