The February 14 Coalition has launched on Tuesday, April 30, 2019, the activity of Labor Day entitled “Workers’ dignity” 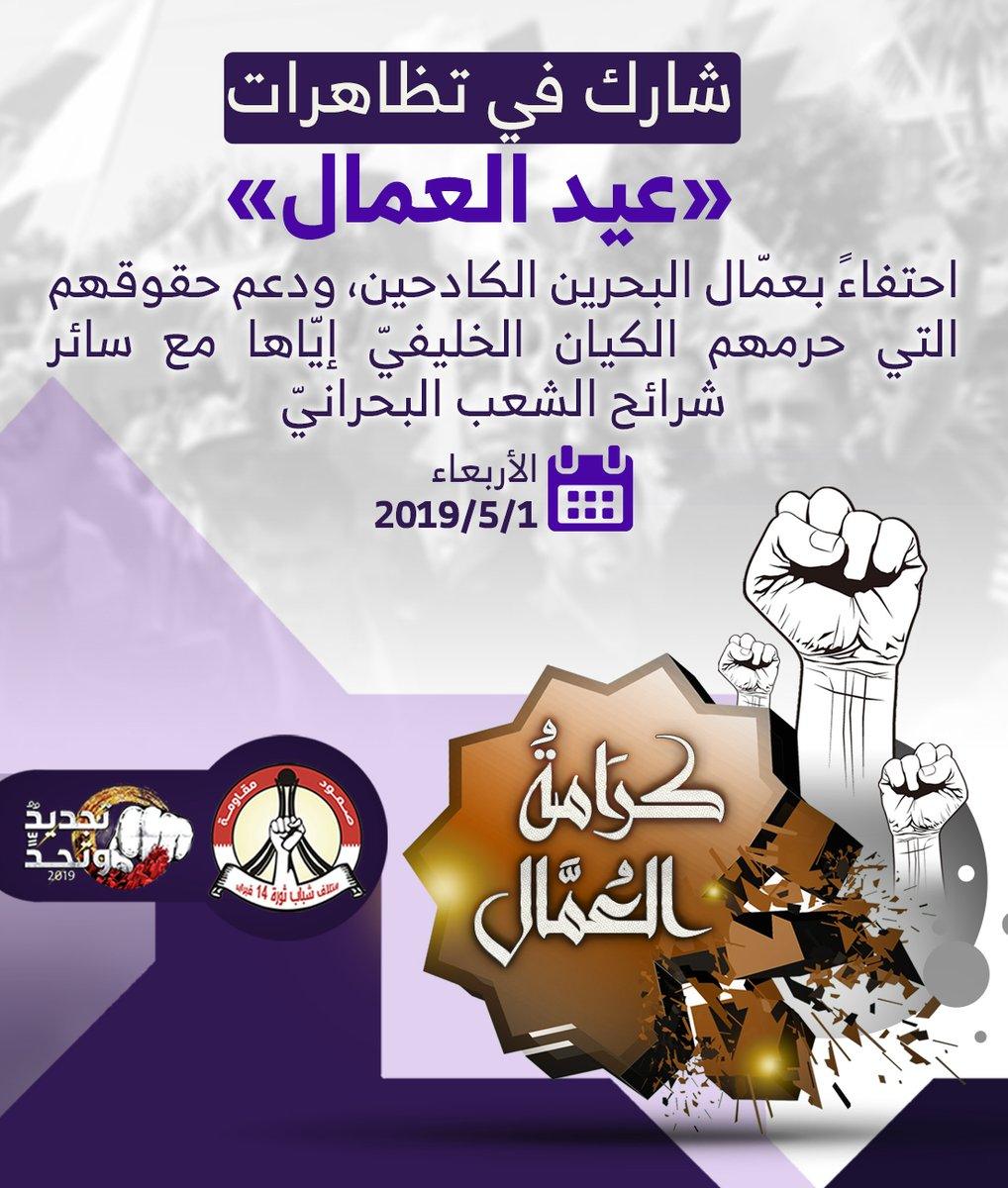 The February 14 Coalition has launched on Tuesday, April 30, 2019, the activity of Labor Day entitled "Workers' dignity"

The Coalition called for demonstrations of solidarity with the labor class in its resistance to al-Khalifa entity, to celebrate the Labor Day in Bahrain with the other segments of Bahraini people and to support their rights, which denied by the entity, in particular those fired from their jobs for political and sectarian reasons.

The February 14 coalition praised the steady working class despite the cruelty and brutality of al-Khalifa regime, the harsh conditions they experienced from arbitrary separation, imprisonment and unfair trials, and in all fields .

It pointed out the need to participate in these demonstrations supporting those individuals whose voice continues to resonate with the people's demand to overthrow the corrupt regime and the right to self-determination, to enhance the dismissed workers and their families and to demand all their looted rights under an entity that has spoiled Bahrain and its sea, in particular their legitimate right to return unconditionally to their jobs and carriers.