Al-Khalifa entity continues its violations against the prisoners of conscience, especially the sick ones, as it deliberately neglects their treatment, thereby endangering them. 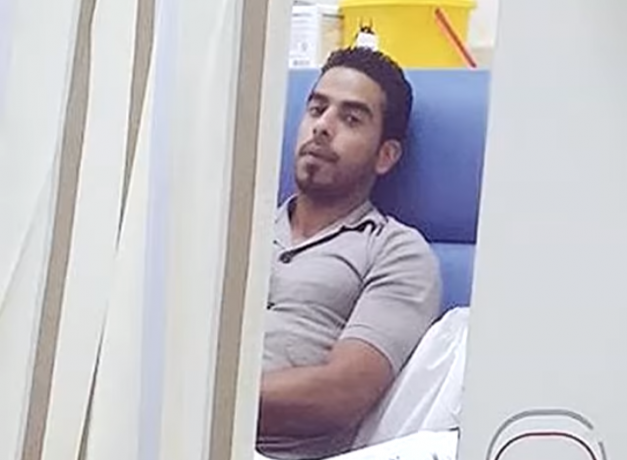 Al-Khalifa entity continues its violations against the prisoners of conscience, especially the sick ones, as it deliberately neglects their treatment, thereby endangering them.

In this context, the prisoner of conscience Elias al-Mulla – who has cancer disease , suffers from severe pain because of fracture for about 10 days without receiving proper treatment, especially that he suffers from osteoporosis, and he feels dizzy and get nausea continuously with the loss of appetite, a sense of fatigue and lack of sleep, which may be an indication of the return of the disease to his body.

Al-Mulla's family had expressed concern about the continued procedures by the administration of the central prison of Joe to deny his right to receive treatment, and it held al-Khalifa entity the full responsibility for his deteriorating health

Human rights sources said that Elias al-Mulla is not serving a sentence but is subjected to a policy of slow death and the administration of the prison represented by the Ministry of the Interior is committing serious violations through the procrastination of right treatment.

It is worth mentioning that the prisoner Elias al-Mulla was arrested in 2012 and sentenced to 15 years in prison on political grounds.