The coalition of 14 Feb youth revolution has denounced the Zionist massacre against the Palestinians on Monday 14 May 2018 . 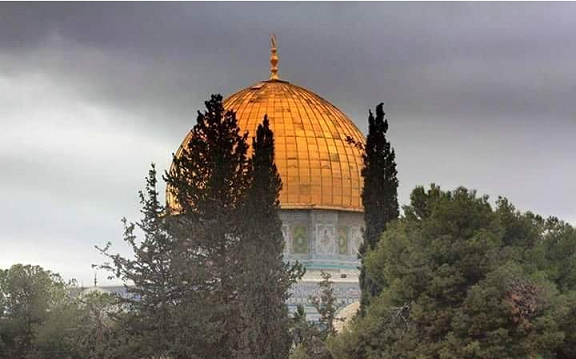 The coalition of 14 Feb youth revolution has denounced the Zionist massacre against the Palestinians on Monday 14 May 2018 .

It said in its statement on Tuesday ,May 15 , 2018 that this massacre comes after the rush of some Arabian gulf rulers to normalize with the Zionists entity and provide cover for more bloodshed ,and the declaration of the shameful stances taken by Al Saud and Al Khalifa regimes, pointing out that they stand up to the point of open treachery for the central issue of al-Quds .

The coalition added that the pure blood that was shed unjustly on the 70th anniversary of the Nakba(plight ),coinciding with the transfer of the American Embassy to al-Quds , clearly reveals the ugly aggressive face of the Americans and their followers against the Arab and Islamic peoples .

Furthermore ,the coalition stressed that al-Quds will remain the eternal capital of Palestine ,and it is not possible to ley on governments which are backed by the Zionists .It also emphasized that the efforts of the axis of resistance and the rise of the will for the free people with the steadfastness of the brotherly Palestinian people will be the equation of the next victory .

As well as the Bahraini people ,it will always support the Palestinian people in the marches of return and totally reject the hostile American step of transferring its embassy to al-Quds ,the coalition concluded .