The coalition of 14 February youth revolution has condemned the continuous bloody crimes of the Zionist entity against the Palestinian people in front of the absence of the world’s conscious and the rush of several traitors Arabian leaders to normalize relation with it . 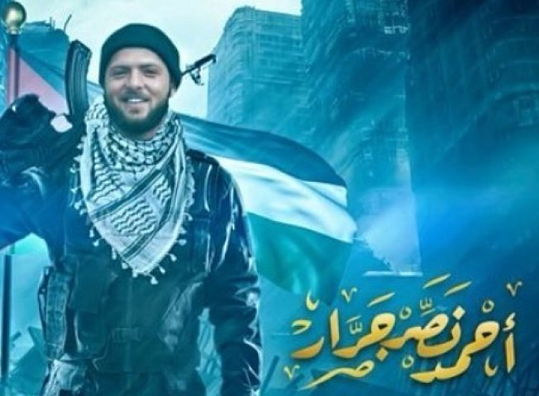 The coalition of 14 February youth revolution has condemned the continuous bloody crimes of the Zionist entity against the Palestinian people in front of the absence of the world's conscious and the rush of several traitors Arabian leaders to normalize relation with it .

It said in its statement issued Tuesday ,6 Feb 2018 over the martyrdom of the Palestinian struggler Ahmed Al-jarar who has been martyred when he was resisting the Zionist occupation until his last breath after he frustrated the enemy with a long chase and persuade for weeks .The experiences have proven that the only way to get rid of the occupation is by confronting it and not to give up, no matter how powerful or large it is and the martyrdom is a victory. The coalition pointed out that there are a similarity and mutual points of views between the Bahraini and Palestinian people which will revive the first annual anniversary of the martyr leader Ridha Al-Ghasera and his colleagues who have been died in a similar Al- jarar 's way of death. It reaffirmed that the both people are facing one occupier but with different faces which is the Zionist entity and the Khalifa's enemy .

The coalition condemned the normalization that is being pursued by the Zionist- like Hamid Bin Khalifa which is no longer a secret to anyone since the secret communications between the two (Khalifa and Zionist) entities and the delegation's visit of the so-called (This is Bahrain ) society and one of the Khalif's family member to the Zionist entity. It stressed that the Bahraini people was totally refusing all kind s of normalization's attempts with the criminal Zionists and it was a main supporter of the central issue of Al-Quds .It was a supporter of the Palestinian uprising and the struggling march of the Palestinian people and it will .The coalition of 14 Feb has praised the jihadist operations carried out by the Palestinians on the occupied territories , emphasizing that the resistance's option is the only way to get rid of this enemy and to be liberated from its arrogance .

Its worthy to be mentioned that the brave martyr Ahmed Al-jarar has been died on Tuesday .6 February 2018 in a confrontation during a security in the village of Al- yamoun , Jineen district ,west bank .The Israeli enemy has chased him for almost a month after the operation of Hafat Khalad where the Israeli Rabi Razeal Sheefah has been murdered in 9 ,January 2018 .The martyr Ahmed is the son of the martyr leader Nasir Jarar who has been killed by the Zionist enemy after sieging his house in Tubas where he was fortified with a group of Al-Qassam bridges in2002