The 14 February youth revolution coalition has denounce the Khalifa’s entity decision to exclude the young-man Ahmed Al-Atiyha from his country Bahrain . 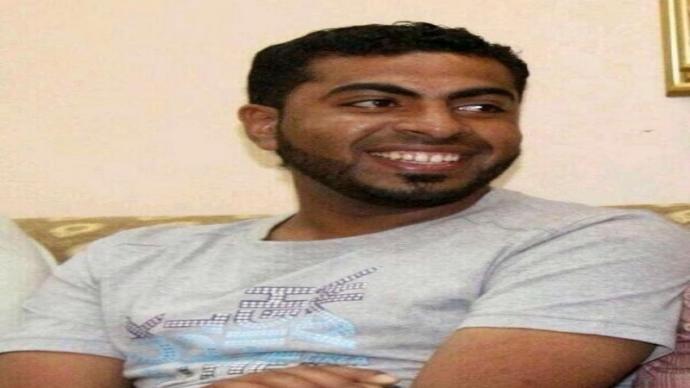 The 14 February youth revolution coalition has denounce the Khalifa's entity decision to exclude the young-man Ahmed Al-Atiyha from his country Bahrain .

The coalition confirmed in its statement issued today Monday 8,Janeuary 2018 that this oppressive and coercive crime is another clear document on the terrorist tendency of the Khalifa's entity .

The statement pointed out that this confusion in the behavior of the corrupted Khalifa's entity is a clear evidence of its political bankruptcy, and the failure of all its coward and criminal attempts to suppress the free voices which are calling for the dignity and pride of the uprising Bahraini people.

The Khalifa's entity had transferred the arrested young-man Ahmed Al-Atiyha to the Eastern Region after he has ended his imprisonment sentence. On Sunday,7 January 2018, the Khalifa's ministry of terrorism has transferred Al-Atiyha to Al- Shaheed (martyr) Al-Nimr's Bridge Police Station where he was handed over to the terrorist Saudi regime

It is to be mentioned that Ahmed Al-Atiyha is a son of Saudi nationality father and Bahraini mother . Al-Atiyah has grew up in the town of Al-Daraz since his youth. He is married to a Bharani wife and he has a child. He was arrested in April 2012 and spent three years in prison. After his release, he was arrested again in November last year on charges of participating in a sit-in near the house of (AyatAllah) Sheikh Essa Qassim