Within the activities of the Bahrain’s martyrs exhibition and the axis of resistance, the 14 Feb youth revolution coalition has held on yesterday, 8, November 2017, a massive oratorical festival. 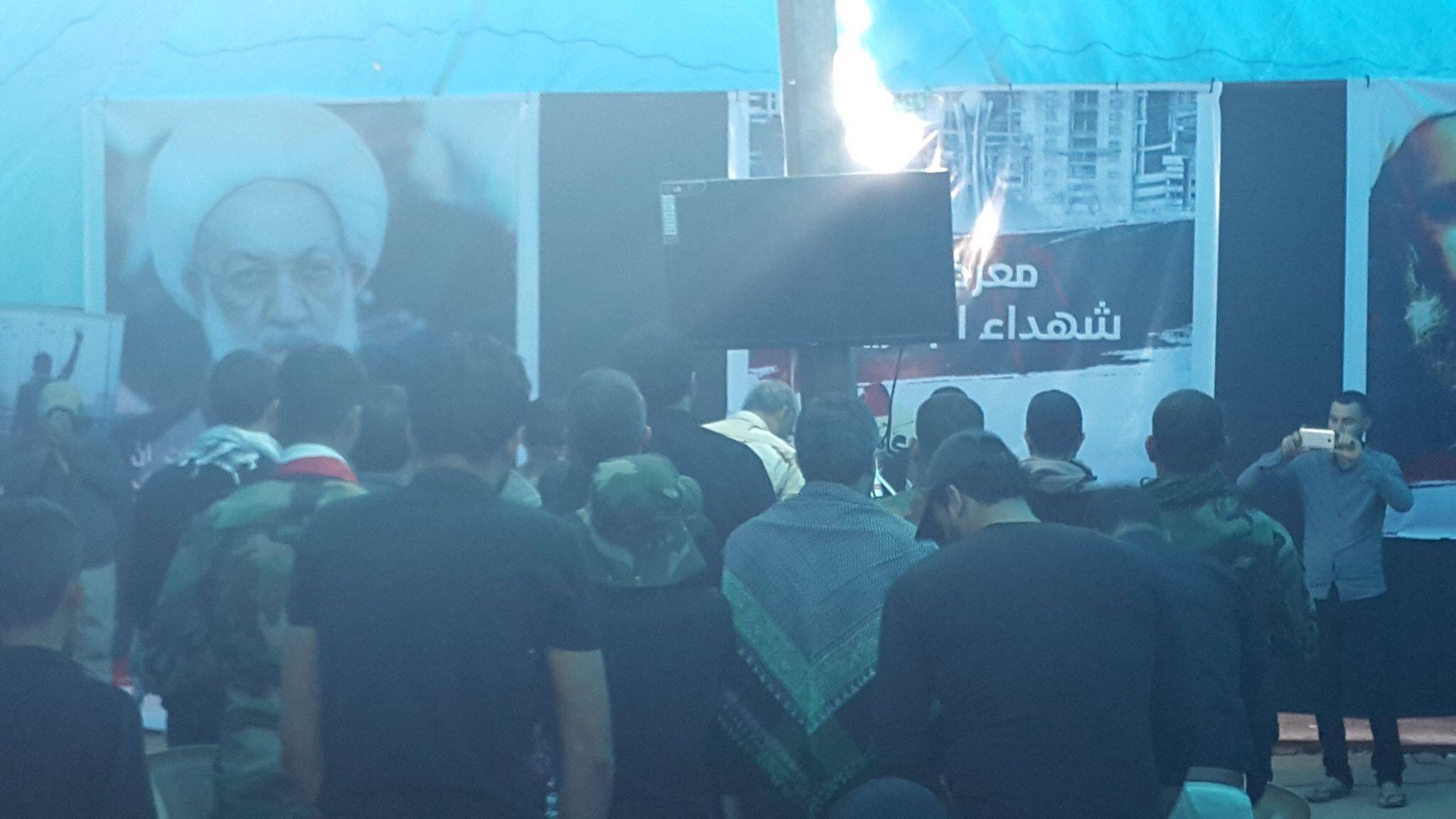 Within the activities of the Bahrain's martyrs exhibition and the axis of resistance, the 14 Feb youth revolution coalition has held on yesterday, 8, November 2017, a massive oratorical festival.

The oratorical festival was inaugurated with an odorous chapter of holy Quran by the world Iranian reader Mahdi Khulam Najad, different Islamic oratorical speeches made by Tariq Islamic team, a speech of the official spokesman of Junidallah battalions and finally ended up with a speech of the coalition of 14th February youth revolution delivered by the Bahraini reporter Hassan Khambir.

It is to be mentioned that this festival was attended by a large delegation of the(Hashid Shabi) public troops, Junid Alimam battalions, director of Khomeini cultural centers in Lebanon Sheik Nazar Saeed and the escorted delegation as well as the visitors of Imam Husein (PBUH).

Further more, Some of the attendants have gave statements for these channels where they expressed their solidarity with the Bahraini people and the people of the resistance's axis in front of the of Saudi family's terrorism and their allies.