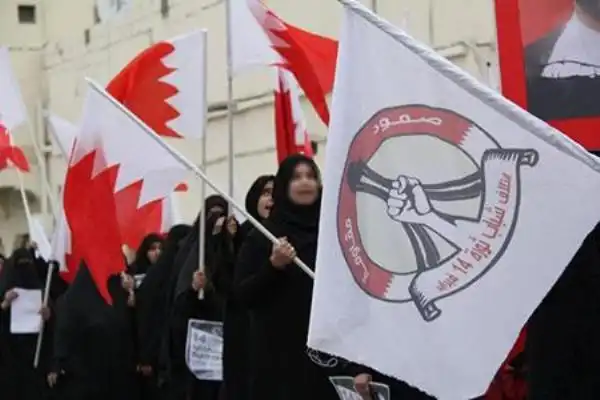 Throughout the past eight years, the Bahraini woman had never been hesitated to play her role as a main partner in the revolution, as she raised her voice loudly and put her honorable imprint in the squares for expressing the right to self-determination.

The role of al-Qatif's woman has also a key role in jihad, patience, steadfastness and sacrifice.

The mothers of martyrs and detainees in al-Khalifa-Saudi prisons is an example of what the women are suffering under rule of these two brutal entities. These entities don't have any kind of sanctities, norms and religious principles. The women in Bahrain and Hijaz have a fundamental role in the continuity of the revolution and resistance by encouraging and supporting the revolutionaries.

We, the Women's body of the Coalition of February 14 are extending our gratitude and greetings for the Bahraini and al-Qatif's women in general, and for the detained women in particular. We also emphasize that we are going to support them until we achieve the goals of the revolution.

The Coalition of February 14