The director of the political bureau of 14 Feb Coalition in Beirut, Dr. Ibrahim Al-Aradi, told al-Ahd news website on Monday 18 February 2019 that the Coalition is an organization and movement that emerged from the womb of the People’s Revolution when it was launched, aiming to . 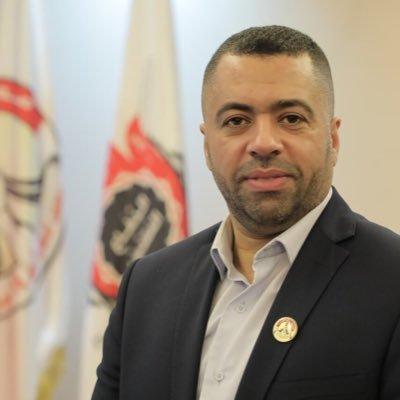 The director of the political bureau of 14 Feb Coalition in Beirut, Dr. Ibrahim Al-Aradi, told al-Ahd news website on Monday 18 February 2019 that the Coalition is an organization and movement that emerged from the womb of the People's Revolution when it was launched, aiming to .

He added that the coalition had begun to strengthen its march by formulating revolution project in an orderly manner, which was looking to build a political system that would achieve justice and establish freedom in the society.

He explained that the security necessities have required the safety of the Coalition’s cadres, and therefore it decided not to put them at risk of liquidation or detention, by removing these cadres from private media. The Coalition was only guiding people through its statements from time to time and it worked through a secret organization.

Al-Aradi said the Coalition's emergence to the public is partial, because it believes that there is a political voice expressing the political project of the revolution, objectives and programs to the public opinion, whether on local, regional or international level. Especially after the need to penetrate this area due to the monopoly of authority to inform the media and lies about the reality of what is happening on the ground by the popular movement that refusing to surrender to the de facto authority and stigmatized by terrorism. The fact is that the Authority is not based on any legitimacy, but raped the government and it accounted or the resolution and resources. It is practicing all kinds of terrorism in order to break the will of people and force them to surrender, stressing that the clarification of the facts for the public opinion has become an urgent need, especially after al-Khalifa regime had prevented the foreign media to enter Bahrain to cover the diary of popular movement and clashes that occur on the street.

Concerning the administration of Political Bureau , he said that it is managed according to the aspirations of the people, which it put forward and is still in all the demonstrations and rallies of the revolution. In addition, the draft charter of the Pearl was adopted by the coalition as a political program that follows its principles. It communicates with the rest of Bahraini components despite the harsh and severe security conditions.

In the past seven years, the coalition has been able to extend its relations beyond Bahrain's geographical borders to more than one region in the world. It has a prominent presence through political events, activities and programs in a number of countries and not only in Iran.

Regarding the position of the UAE Foreign Minister Anwar Gargash, who rejects the legitimacy of the 14 Feb Coalition, Al-Aradi said that Gargash would naturally take this position since the UAE sent its army to Bahrain to crush the people and prevent it from demanding justice and its legitimate political rights.

He reiterated that the aim of announcing the establishment of the Political Bureau in Beirut from the heart of Iraq is to convey the idea that it is a pivotal message. The Coalition sees Baghdad as the heart of the resistance and good that stands in the axis of evil. It stands with the right of peoples to self-determination and political system whose legitimacy derives from the popular will in an honest and transparent ballot.

Over the rush of al-Khalifa entity towards normalization with the Zionist entity, he said this is not the first time that the normalization with the enemy has been described as defiled, and this is not the position of the coalition exclusively, stressing that this position is popular among the people of Bahrain. The summit of "Warsaw" was held only with the aim of conspiring against Muslims and Arabs and passing the Zionist-American projects in the region, a summit of shame that confirmed the betrayal of some Arab rulers , which will only increase the resistance and respect for the steadfastness of Palestine and along the axis of resistance.