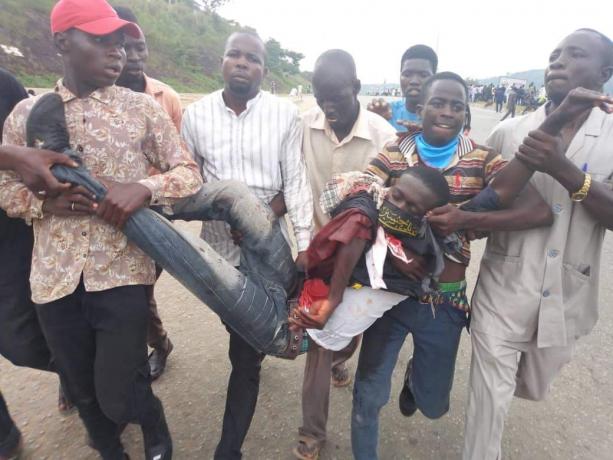 More than 40 martyrs have killed by the Nigerian army's fire during the Arbaeen (fortieth) of Imam Hussein (p), for no reason but to participate in marches commemorating this anniversary.

While the hands of the takfirist-terrorist Saudi regime waves in this terrible crime, we affirm that this criminal act is condemned and criticized, and what increases its criminality is the international silence on it as if it did not happen, in a clear indication of the consciences sold.

We, the coalition of 14 Feb, are extending our deepest condolences to the Nigerian people in general and to the families of the martyrs in particular, asking Allah (God) to grant them speedy recovery. We also affirm the right of His Eminence Sheikh "Ibrahim Zakzaki" to have freedom, stressing that he is a prisoner of conscience and doctrine. The followers and believers of "Ahil al-Bayt"(p) have the right to revive their religious rites freely.

The coalition of 14 February youth revolution