In response to the statement of the so-called, National Institution for Human Rights, the three prisoners of the conscience “Najah Ahmed Habib, Madina Ali and Hajar Mansour” have confirmed that the institution’s head, Maria Khoury had falsified the facts. 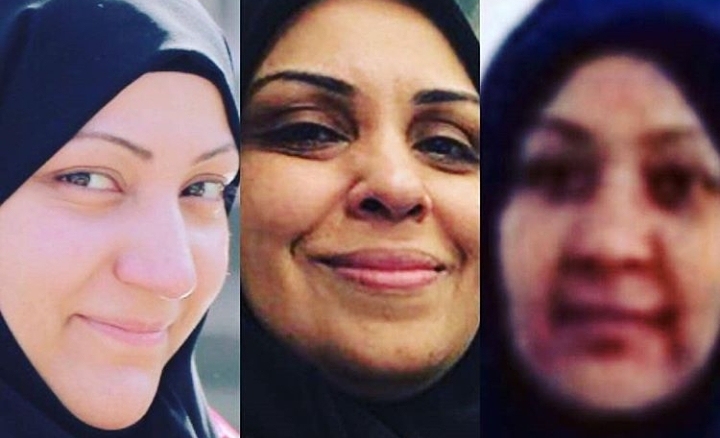 In response to the statement of the so-called, National Institution for Human Rights, the three prisoners of the conscience "Najah Ahmed Habib, Madina Ali and Hajar Mansour" have confirmed that the institution's head, Maria Khoury had falsified the facts.

They said in a statement issued on Wednesday, October 3, 2018 that the surveillance cameras prove their authenticity. The institution had met them simultaneously on Sunday, September 30, 2018 in the room of inferences, where they discussed their old requests, which were discussed with them on August 12 and has not been resolved, in addition to their new requests, most importantly the communication system, and the visit rooms with a barrier.

The prisoners said, "We are mothers and we have children and families, we need the feelings of motherhood and tenderness, and we are in the center of rehabilitation and reform, and that is supposed to be part of their goals.

They refuted the association's lies about their claim that they deprived of participation in the revival of religious rites. "You can also go back to the surveillance camera and watch this denial through closing cells doors at the time of revival since 16 September evening to read in cell No. 4, and then the revival begun in the next day in the kitchen " they added .

The prisoners elaborated as saying, "This is briefly our response to the statement of the National Association and to Maria Khoury, who met us hastily and artificially, to transfer without credibility or transparency what happened during the meeting, as she falsified the facts in the statement, and stand with the authorities against humanity".

Furthermore, the three prisoners reiterated their call for an urgent intervention of the international organizations and rapporteurs to stop the violations and to reveal the falsity of the human rights organizations and bodies, which belong to the regime in Bahrain.