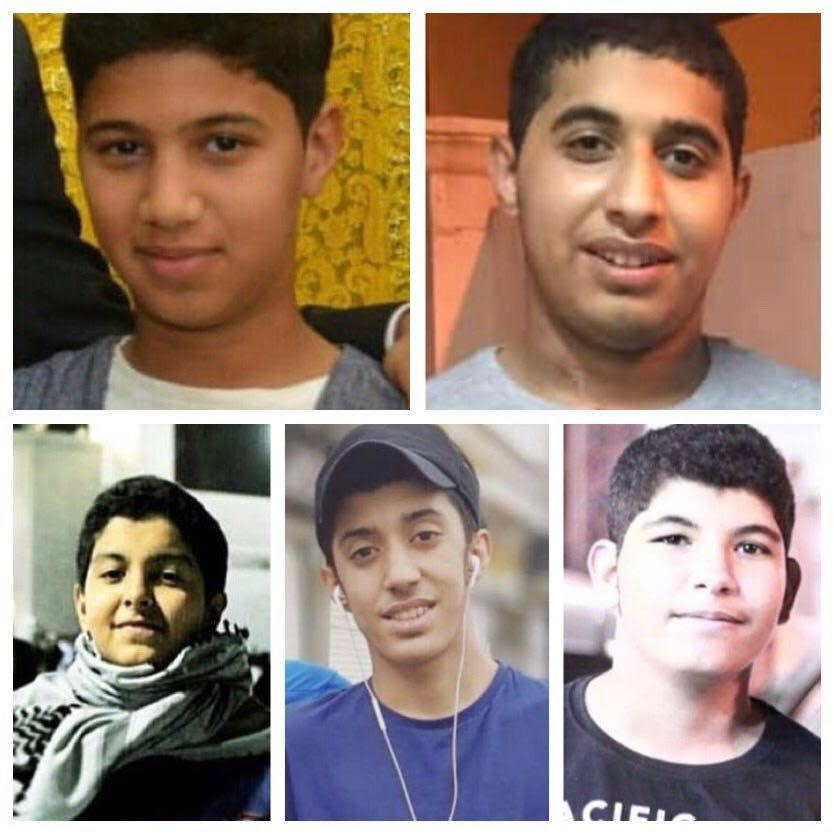 This campaign was accompanied by an intensive flight by al-Khalifa enemy and an intensive deployment of the raids squads on the streets of al-Daraz town.

According to local networks, this barbaric campaign, which takes place on the second day of the new school year, has resulted in the arrest of 5 children who are: "Hussein Mohammed Saleh, Sayed Ali Sayed Taha Fadl, Sayed Mortadha Sayed Sadiq, Muntadhir Ali Mirza al-Rayes, and Sayed Ahmed Sayed Musa "and they were transferred to an unknown destination.