In defending the sanctity of Allah’s places, the faithful people continued to hold the activities of (Mihrab’s revolution). 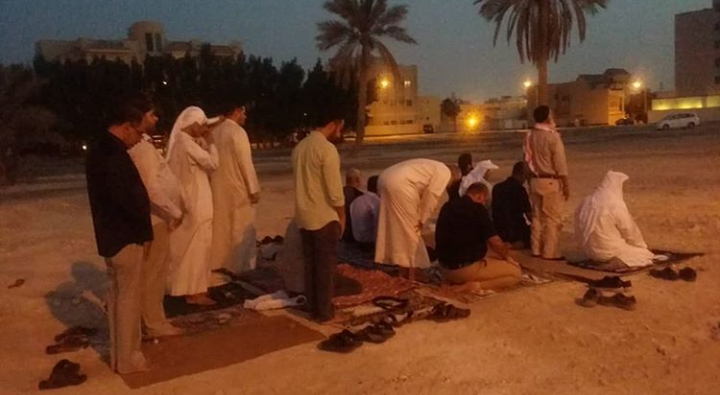 In defending the sanctity of Allah's places, the faithful people continued to hold the activities of (Mihrab's revolution).

On Saturday, 11,August, 2018,the faithful citizens have continued to gather in the holy spot of Alwite's mosque in Zinij town and held the prayer in a group despite the threats of the terrorist al-Khalifa entity.

This faithful step comes after the criminal al-Khalifa entity had demolished on Tuesday, August, 2018 the mosque again and removed its traces.

It is worth mentioning that Alwite's mosque is one of Allah's 38 places of worship which have been affected by the devastating Saudi -Khalifa hands during the period of emergency in 2011.