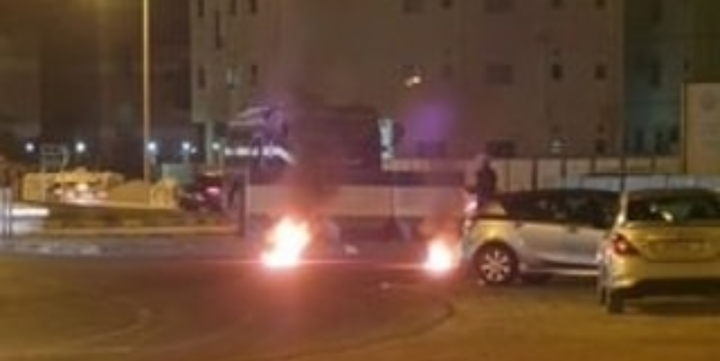 In a protest against the denial of treatment for the leading figures, especially Professor, Hassan Mushaima, the revolutionaries in Jad Hafiz, Daiya, Abu Saiba, Shakhora towns have confronted the mercenaries at the squares and they were shot by the holy defense fire.

On the same context, the revolutionaries in Buri town have wrote the name of the dictator Hamad on the streets, to become a tread under feet and car wheels.