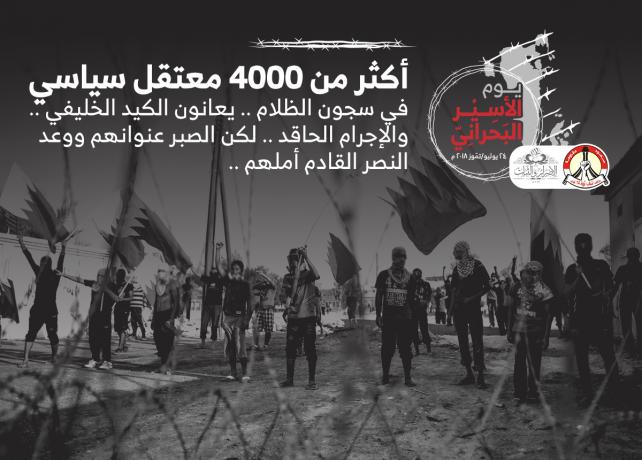 The campaign which was spread on the social media sites of the coalition, has reflected the sufferings of the prisoners of opinion in al-Khalifa prisons, hailing their steadfastness against the crimes of al-Khalifa entity’s executioners.

Some of these files have revealed the systematic torture on the prisoners, the unhuman violations and the cases of the female prisoners of the revolution and their children who have been deprived from education and they were put in the prisons on malicious charges based on political backgrounds.

Meanwhile, the coalition of 14 Feb youth revolution had called upon the Bahraini people to get ready for participating in the activities of (Bahraini Prisoner Day )due to be held on Tuesday ,24,July 2018.