The mercenaries gangs have imposed yesterday ,31 ,May 2018 ,an intensified siege on the entrances of Sitra town in a bid to hinder the holding of (self – determination right -18 ) activity . 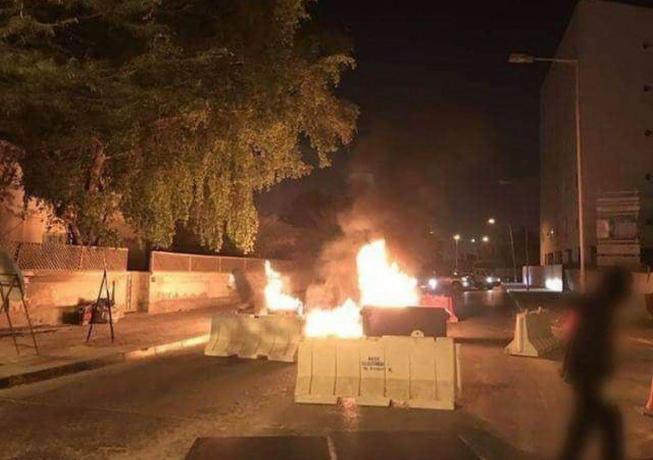 However ,the people in this Island were able to hold a furious protest that calls for the right of self-determination and this protest was coincided with revolutionary activities in different parts of Bahrain .

Meanwhile ,the Bahraini capital has witnessed a revolutionary demonstration in support of the leader ,al-Fakeeh (scholar )Qassim ,and in a rejection to al-Khalifa entity's rule .

The revolutionaries in al-Juffair have raised the columns of anger at the American base's street ,while they carried out revolutionary activities in the squares of Abu –Saiba and Shakhura towns ,and they launched the fire of the holy defense against the mercenaries .

The hero of Samahig ,in turn ,have raised the pillars of anger in fulfillment of the blood of the martyrs of the redemption and in victory for the Supreme Leader, Ayatollah ,Sheik Essa Qassim .