The coalition of 14 Feb revolution is announcing proudly the news of martyrdom of three Bahraini heroic revolutionists who have been died unjustly at the sea during their way to survive from the oppression of the Al-Khalifa entity which occupying our land . 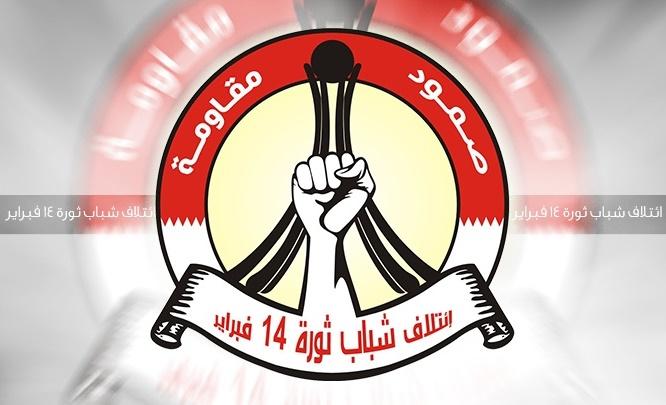 (In the name of the Allah ,the merciful ,the compassionate)

The coalition of 14 Feb revolution is announcing proudly the news of martyrdom of three Bahraini heroic revolutionists who have been died unjustly at the sea during their way to survive from the oppression of the Al-Khalifa entity which occupying our land .

The three martyrs are :Maitham Ali Yousif (22 years),Sayed Mahmoud Sayed Adel Sayed Kadhim (23years )and Sayed Qassim Sayed Khaleel Sayed Darwish (23years) . All of these young men are from the resisting town of Karbabad and they were among the prominent revolutionary youth .They had left immortal impressions in the fields of dignity and honor as they had to resort to the sea to escape from the terrorism of Al-Khalifa entity which has pursued them intensively inside the country .The entity kept on chasing them repeatedly until it targeted them at the sea where their souls passed away happily to meet their God (Allah ). The fate of the fourth young man Hassan Ali from Al-zahraa town who was accompanying them is still unknown at the moment of issuing this statement .

The terrorist Al-Khalifa entity has used a new tactic to commit the crimes of murder and assassination on its opponents .It used the weapon of rumors to hide the facts and to cover its crimes in a bid to assume the responsibility of these crimes on different sides .It endeavored to deny any responsibility of these awful crimes which carrying its fingerprints and they emphasize that its attempts to mislead the public opinion will be unsuccessful in view of the irrefutable evidences which shall be uncovered soon .

Immortality be upon the righteous martyrs , and we call on the people of Bahrain to celebrate vastly for them . While they are sending shining stars to the sky and catching up with their martyred brothers before them , they are declaring the state of upset over their death .We would like to ask Allah to keep the missing young man Hassan Ali Albahrani safe and we stress that the punishment upon the Khalifes is coming definitely ,we shall get revenge upon our martyrs .

Issued by the coalition of 14 February youth revolution